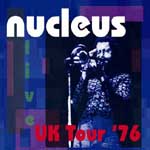 If British jazz/rock progenitor Ian Carr and his Nucleus group had made any kind of splash in the US with early albums like Elastic Rock (Vertigo, 1970), they had become largely forgotten by the mid-1970s. That's unfortunate, because they continued to record and tour in the UK and Europe and, with the exit of keyboardist/reedman/composer Karl ...