Tony Reedus was born in Memphis in 1959, took up drums at age 14, and soon after started playing with his school band. Inspired by his uncle, veteran Jazz Messenger pianist James Williams, Reedus became interested in playing jazz and began developing his conceptions in high school through private studies and analysis of the styles of personal influences such as Chick Webb, Art Blakey, Louis Hayes, Max Roach, Elvin Jones, Tony Williams and Victor Lewis. After high school graduation, he enrolled at Memphis State University in 1978. In addition to music studies, he worked in local clubs with saxophonist Herman Green and numerous other Memphis musicians 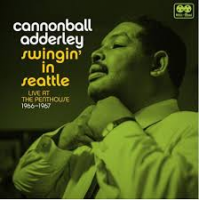 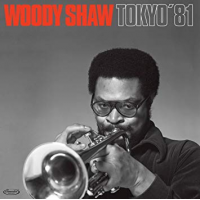 That trumpeter Woody Shaw is considered “underrated" may be a considerable understatement. Shaw died at age 44 in 1989, but he managed to release 33 recordings as a leader (27 in his lifetime) and worked in collaboration with Gary Bartz, Art Blakey, Chick Corea, Stanley Cowell, Eric Dolphy and most notably with Dexter Gordon, on his ...

This interview was first published at All About Jazz in May 1999 and is part of our ongoing effort to archive pre-database material.Bassist Dave Holland brings the flexible structures and varied instrumental colors of his Grammy nominated Quintet to several Michigan locations in the second week of April. On the 7th the group presents ...

This interview was first published at All About Jazz in November 1999 and is part of our ongoing effort to archive pre-database material. This interview was originally broadcast at the time on Blue Lake Public Radio; portions of this interview appeared in an advance article published by the Grand Rapids Press. Lazaro ... 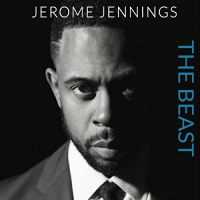 Jerome Jennings has occupied the drum throne on plenty of high profile gigs since arriving in New York just over a decade ago, working with everybody from vocalist Paula West to bassist Christian McBride and trumpeter Bria Skonberg to saxophonist Craig Handy. But his is a name that still may not be familiar to many jazz ...

This interview was first published at All About Jazz in April 2002 and is part of our ongoing effort to archive pre-database material. First tier alto saxophonist Kenny Garrett is notorious for his energy and for his ability to spontaneously compose (improvise). He announced himself twenty years ago in the bands of Freddie Hubbard ...

Jim Snidero: A Tale Of Taste

What's the hallmark of quality jazz? If this question was posed to a group of jazz musicians, each person would no doubt give a different answer that would speak to differences in taste. Some would lean on tradition and others might push the idea of innovation, but few, if any, would actually use taste itself as ...

Mike Nock: Making Music Flow from the River Within

It almost seems as if there's no other place on earth like it. New Zealand is truly breathtaking, with its diverse geography of mountains, beaches, green plains and forests forming a complex triptych where different strains of nature melt into a sublime scenario. And then there there's the water, the ever-flowing source of life, finding its ...