Tom Hall (baritone & tenor saxophones & music educator) has been an active professional musician since his teens when he played a weekly gig at the Ebony Inn with Ohio Hung Jury, a Washington, DC funk band. He moved to Boston in 1976 to attend New England Conservatory, where he studied with Joe Allard, {{m: Jaki Byard = 3798}}, {{Jimmy Guiffre}}, {{George Russell}}, and {{m: Ernie Wilkins = 11362}}. It was during these years he first studied free improvisation. He was the co-founder of Ensemble Garuda, whose members included percussionist {{Sam Bennett}}, trumpeter {{m: Frank London = 8848}}, and Brazilian cellist Jaques Morelenbaum. This group met for years, with the sole purpose of an intensive exploration of improvisation. In 1979, shortly before graduation from NEC, he co-founded Your Neighborhood Saxophone Quartet (1979-1997) with {{m: Steve Adams = 3268}}, {{m: Allan Chase = 5656}}, and Circe Miller (other members of the group over the years included Ben Schachter, Joel Springer, Douglas Yates and Bob Zung)

The Bern Nix Outpost 186 Reunion Is Recorded by ImprovLive 365

When guitarist Bern Nix visited Outpost 186 and his old friend,keyboardist Dave Bryant in January, the occasion was given special attention by ImprovLive365.“Created and hosted by Tom Hall, ImprovLive 365 is dedicated to exploring, documenting, and sharing the improvisational, spontaneous creativity of life, through public performances, community based educational programs, and a daily web series. Visit ... 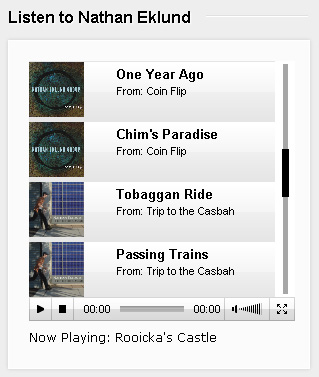 The Vortex Live features some of the best moments of the Vortex Series captured live between 2007-2010. Each piece is an original work created by invited artists, with all collaborations happening for the first time. The Vortex Live features: Todd Brunel clarinets, Rob Bethel cello, Esther Viola oboe, Andrew Hickman tenor sax (tracks 1 and 4), ...

Piano players are coming out of the woodwork at Outpost 186. Mothers Day saw an astonishing turnout for Matthew Shipp, who followed a solo set with a long awaited Jim Hobbs duet, sponsored in part by All About Jazz. A snippet of the night awaits below. After a respite from Memorial Day, Hans Poppel has a ...

"On the Edge: Exploring the Creative Music Scene" Musician Panel on May 4th for Jazz Week from JazzBoston

Top-flight musicians Dave Bryant, Tom Hall, John Kordalewski, and Neil Leonard carry on a lively conversation about current trends, with performances by the presenters at the Boston Public Library between 6 and 8pm in the Boston Room. Dave worked with Ornette Coleman in Prime Time and has been contributing to the quality of musical life here ... 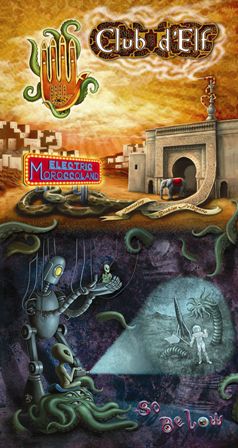 Club D'ElfElectric Moroccoland / So BelowFace Pelt Records2011 Boston-based Club D'Elf describes itself as a “Moroccan-dosed psychedelic dub and jazz collective." It is the sort of band that gives self-medication a good name, and it will reconfigure your synapses, in a good way, if you let it. ...