Results for "The Allman Brothers"

Tal Wilkenfeld Live At The Belly Up Tavern

To be blessed with such an abundance of talent, vision, and spirit is a precious gift. We are all so very fortunate that Tal Wilkenfeld shares that appropriately bestowed gift with us every time she walks onto a stage or into a recording studio. Wednesday night, November 15, 2017, the now 30 year old ...

The 2017 Laid Back Festival: In The Spirit of Gregg Allman at The Northwell Health at Jones Beach Theater

25
Article: Catching Up With

Rarely does the opportunity to interview a touring musician arrive with much advance notice. Schedules tend to be dictated by airline departure times, hotel check-out policies and sound checks. If I am lucky, I'll know of an upcoming show in town a few weeks in advance and can plan accordingly. If the artist has a few ... 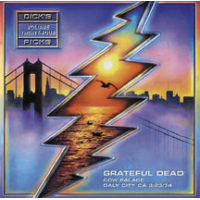 The plethora of available live Grateful Dead material might be a completist's delight, but it can make for a nightmare for the consumer who just wants a few really good discs. This was a truly multifaceted band, with every facet documented to the point of exhaustion (or even tedium, depending who you ask). At their rootsy ...

Even if he’d never formed The Allman Brothers Band, Duane Allman would be a major figure in American popular music. Long before his name became known to mainstream audiences, he had already established his credentials as a once-in-a-lifetime guitar visionary, leaving his unmistakable stamp on a broad array of recordings. On March 5, 2013, Rounder Records, ...

Q: When and how did High Brow and the Shades form? A: High Brow started the way a lot of bands start — a couple of guys from one band and a couple from another. That was in 1998. The newly-formed band was fortunate in that we had four strong vocalists. We could all sing lead ...

Carolina Beach has been entertaining families for decades with its nostalgic charm and tagline to “stay original.” The live music scene in this seaside North Carolina town is a big draw for residents and visitors alike. Music lovers can enjoy the sounds of local bands, traveling musicians and popular music festivals day and night at many ...

Chris McNulty: A Siren From Down Under

Chris McNulty emigrated to New York City, from her native home in Melbourne, Australia, in 1988. Since then she's released five recordings, with Waltz For Debby (Discovery, 1991) first introducing the Australian singer to American audiences. On that record, she wrote what would ultimately become the official, published lyrics to Miles Davis' classic “Blue in Green." ...

Blues-rocking guitarist/vocalist Tinsley Ellis will perform at the Sellersville Theater in Sellersville on Wednesday, February 1, 2012. Ellis will be performing songs from his latest Alligator release, Speak No Evil. Over the course of 11 albums and literally thousands of live performances, Ellis is one of today's most electrifying guitarists and vocalists. Rolling Stone says he ...