“Freedom is another word,” so the song went back in an easier and less costly time, “for nothing left to lose.” Freedom—the kind that Tedeschi Trucks Band has created for themselves since their inception in 2010—has come at a much higher price and required a deeper sense of dedication. It’s the kind of freedom that has allowed them to keep a band that has grown to more than a dozen musicians and crew on the road for five years, garnering an ever-increasing international audience, while developing a musical identity that has yielded original, award-winning recordings. Let Me Get By is the third and latest studio album by the TTB, featuring ten new, original songs that together stand as a testament to the hard work, independent spirit, and now full-on commitment of the husband-and-wife team of Derek Trucks and Susan Tedeschi, plus the musicians and music professionals who are part of the band’s ongoing journey

Guitarist Wayne Krantz has had a long, interesting and (some would say) iconic career. Along the way, he has reshaped his own style, delved heavily into the compositional and improvisational ends of the spectrum (often blurring the lines between them), and built a catalog that redefined what is possible both on his instrument and as a ...

Whose Hat is This?: Everything's OK 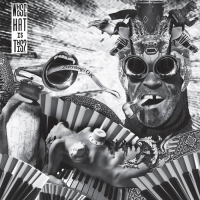 On Everything's OK, the core of the Tedeschi Trucks Band, plus vocalist Kokayi, present a live rendition of a spontaneous collaboration captured in December 2017. Free-form in both concept and execution, the group offers a the sophomore album for those who like their sounds as liberated as they are liberating. As such, it may well serve ... 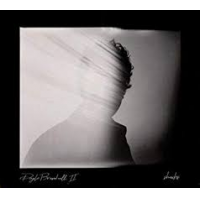 The title of Doyle Bramhall II's Shades intimates a fitting level of nuance comparable to that of his previous album, Rich Man (Concord, 2016), where he married the most profound spiritual themes of his original material to lush production and arrangement. Here, in contrast, he emphasizes his blues and R&B roots so that, as a direct ...

Jazz Is Phsh: He Never Spoke A Word 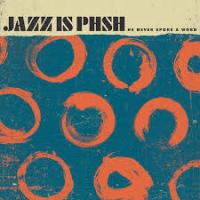 Phish prefer not to be compared to the Grateful Dead in any respect, which is understandable up to a point, yet it's fair to say each band's respective legacy has its own momentum including twists and turns of evolution that inevitably result in parallels and intersections illuminating the process(es). So it is that Jazz ...

The Wood Brothers at Higher Ground

The Wood Brothers Higher Ground Ballroom South Burlington, Vermont February 6, 2017 In the decade plus they've played together, the Wood Brothers have made a habit of coming to Vermont virtually every year and their near-sell-out appearance in the ballroom of Higher Ground was almost exactly twelve months since their last ...