A pioneer hard bopper on the tenor and recognized as one of the masters in the L.A. Central Avenue scene, Edwards leaves a huge legacy of recorded music, stretching from the Forties right through to his death in 2003. Born in Jackson, Mississippi, on 26th April 1924, Edwards moved to Los Angeles in 1945, first coming to attention the following year when, with trumpeter Howard McGhee's group, he recorded the groundbreaking bebop tune, “Up In Dodo's Room.” By the end of that decade Edwards was sufficiently well known to front his own bands. In 1949 he was also one of the first members of the Lighthouse All Stars, the group based at the famous Lighthouse Club in Hermosa Beach. Five years later, in 1954, Edwards was invited to join the Max Roach Quintet, a group that also featured legendary trumpeter Clifford Brown 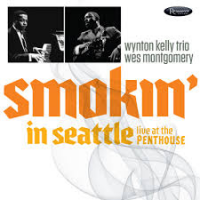 In his superb contribution to Bloomsbury Press' 33 & 1/3 series, Bitches Brew (2015), George Grella notes (emphasis mine): “No style of art can remain static: irrelevance is just as much a risk as the inevitable decadence that comes from a style developing to its last measure. But fans, including critics, of particular movements ...

Monty AlexanderJazz Standard jny: New York, NYFebruary 1, 2017 A lot has changed since I started covering the New York beat for All About Jazz in mid-2016. In that time, we have witnessed epic changes in our city, our country, our world--changes that are already affecting our culture, including and ...

Label: Avid Records UK
Released: 2016
Track listing: Disc 1: Teddy’s Ready: Blues in G; Scrapple From the Apple; What’s New?; You Name It; Take the ‘A’ Train; The Sermon; Higgins’ Hideaway. Sunset Eyes: Tempo de Blues; Vintage; I Hear A Rhapsody; Up in Teddy’s New Flat; Sunset Eyes; Teddy’s Tune; Takin’ Off. Disc 2: Together Again: Together Again; You Stepped Out of a Dream; Up There; Perhaps; Misty; Sandy. God Gravy: Good Gravy; Could You Forget; A Stairway to the Stars; A Little Later; On Green Dolphin Street; Just Friends; Laura; Yes I’ll Be Ready; Not So Strange. 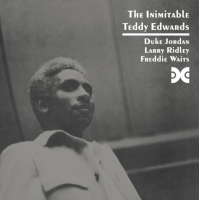 As part of its reissue of select albums on the Xanadu label, Resonance Records has just released The Inimitable Teddy Edwards, which was recorded in June 1976. The album is important because it features tenor saxophonist Edwards in spectacular form accompanied by a sterling trio—Duke Jordan (p), Larry Ridley (b) and Freddie Waits (d). By '76, ...