Ted Greene began his own guitar studies at age 11, and was an accomplished player while still in high school, often collaborating with local R&B groups; he briefly studied accounting at Cal State Northridge, but soon dropped out to devote all of his energies to music. While Greene is often regarded as a jazz musician, he played many musical styles. He was known to guitarists due to his role as a music educator, which included private teaching, seminars at the Guitar Institute of Technology, columns for Guitar Player magazine, and his series of instructional books on guitar harmony, chord melody and single-note soloing

There's no particular insight in the suggestion that most musicians lay their musical lives bare through their recorded work: near-instantaneous, fully formed leaps into greatness for some; more gradual upwards curves for others; and for all, even the occasional misstep. Still, there are times when it seems as though a little discretion would go a long ...

My Life with the Chord Chemist 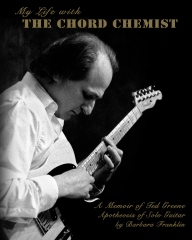 My Life with the Chord Chemist: A Memoir of Ted Greene, Apotheosis of Solo Guitar Barbara Franklin 276 pages ISBN: 10-1449575579 Create Space 2009 Throughout his career, the guitarist, author, and teacher Ted Greene (1946-2005) developed a devoted following of students and listeners. His ...

John Pizzarelli is a man of many talents. Singer, guitarist, bandleader and arranger, depending on the circumstances Pizzarelli can step into any or all of these roles and perform at the highest level. Coming from one of the most successful families in jazz, his brother [Martin Pizzarelli] being an accomplished bassist and father the legendary seven-string ... 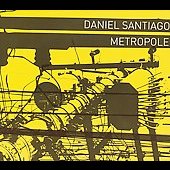 For better or worse, the electric guitar has generally projected an image of masculinity, a certain macho quality even. Perfect examples of this are the scenes involving Steve Vai's Jack Butler character in Walter Hill's Crossroads (Columbia Pictures, 1986). Cruelly demanding, the instrument has bruised many male egos and crushed their dreams of stardom and fame.