When Mike Mainieri, the musical brains of New York band Steps Ahead, heard Susan Weinert on the guitar for the first time, he found it very hard to believe that a woman could play so powerfully and spontaneously hired her for a tour with his band. What he liked most of all, besides the powerful style, was Susan’s independence. He told journalists that „Susan has carved out her own niche in the cluttered world of guitarists. International recognition is at her doorstep.“ And thus it came to pass, because the energetic power-lady has meanwhile travelled around the world with her guitar and her songs several times over, appearing in clubs and at international festivals. With this tireless concert tour embracing over 2000 appearances; Susan Weinert has managed to play herself into the international league of leading guitarists permanently 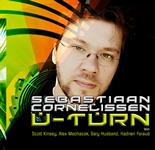 It's a minute and forty seconds before Sebastiaan Cornelissen's drums ease into the frame on U-Turn. Although he has a lot to say he's clearly not in a rush; this second solo effort has been seven years coming and has taken four years to put together. The fourteen pieces, which could almost be seen as a ...

If there's one weakness in recent fusion releases, it's that they are sometimes too formulaic, with overcooked tempos and melodies that have hardly deviated since the sounds of groundbreaking progenitors such as The Mahavishnu Orchestra and Allan Holdsworth. Where's the creativity and new identity? Well one place it can be heard is in Dutch drummer and ...

The powerful team of guitarists Martin and Susan Weinert is probably better known for their progressive fusion recordings dating back to Bottom Line (Intuition, 1996) and Point of View (Intuition, 1999). But in recent years they've proven to be equally formidable in an acoustic setting. Tomorrow's Dream , rekindles the fire of their memorable acoustic duo ...

Susan Weinert: Running Out of Time and Synergy

One of the hardest working and dynamic fusion groups today is the Susan Weinert Band. The German-based trio is lead by the lady guitarist, who equals in talent with names like Alan Holdsworth, Scott Henderson, and Frank Gambale. But when listening to her, it is obvious that she is much more than just an axe-burner with ... 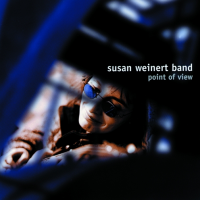