This Labor Day weekend in St. Louis offers fans of jazz and creative music an eclectic mix of sounds from traditional to experimental, with numerous gradations in between. Let's go to the highlights... On Thursday, “bhangra funk" band Red Baraat returns to St. Louis to take the stage at The Gramophone. Led by drummer Sunny Jain, ...

Counting down the best releases of 2010: Allison Miller Boom Tic Boom Foxhaven 2010 Anyone with job references as diverse as organ icon Dr. Lonnie Smith and indie singer/songwriter Ani DiFranco must have something interesting to say, and drummer Allison Miller proves that out. Boom Tic Boom is ... 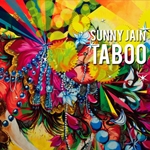 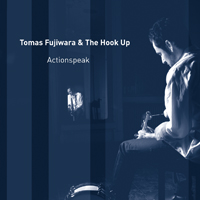 Actionspeak, by drummer Tomas Fujiwara & The Hook Up, operates as an updated take on Miles Davis' 1960s quintet idea. As a working band, the combination of Fujiwara with bassist Danton Boller, trumpeter Jonathan Finlayson, guitarist Mary Halvorson and saxophonist Brian Settles presents musical entertainment, more than intellectual device, while advancing the ideology of jazz as ...