Steve is a graduate of Berklee College Of Music later adopting the seven- string guitar in 1993. Steve Herberman has performed at venues such as Birdland in NYC, Spazio in Los Angeles, the NAMM shows in Anaheim and Nashville, and recently at the North Wales jazz guitar weekend in the U.K. as a featured guest artist. Closer to home he has performed at Blues Alley, the Smithsonian Jazz Cafe, and the Kennedy Center For The Performing Arts. Steve has played with renowned musicians such as Keter Betts, Buster Williams, Gary Bartz, Drew Gress, Chuck Berghofer, Mark Ferber, Jim Snidero, Chuck Redd, Ali Ryerson, Steve Williams, Steve LaSpina, Jeff Hirshfield, John Pisano and many more. Steve Herberman has recorded three CDs as a leader; Thoughtlines (2001) Action:Reaction (2006) and Ideals (2008.) and one duo CD with guitarist Steve Abshire called Between Friends (2015.) Steve Herberman's recordings have received wide critical acclaim in JazzTimes, Downbeat, Jazz Improv and many others

Three jazz concerts in a club-like setting, featuring respected performers from the region and jny: New York City’s jazz scene, will fill the historic Waterfowl Building in Easton, Maryland with music this summer. The series marks the debut of live performances presented by Jazz Alive, a charitable foundation based in Talbot County, Maryland, at the historic ... 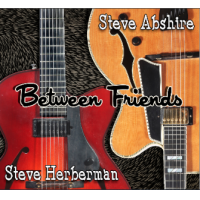 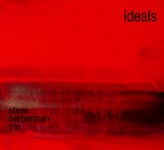 Label: Reach Music
Released: 2008
Track listing: This Is New; Let Go; Will You Still Be Mine?; Delilah; Ideals; She's For Me; Soul Eyes; Soon; I Want To Be Happy; Someone To Light Up My Life; Upbeat.

Much of what is written in reviews about Steve Herberman's playing is analogous to the created illusion of two guitarists, or the use of overdubbing. Ideals, however, finds such a statement wanting and unsuitable. Guitar and piano trios have always had a distinctive vibe and aesthetic, but here, Herberman blurs the line with his adept application ... 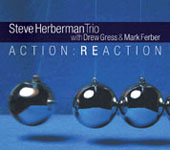