Steve Hackett is renowned as an immensely talented and innovative rock musician. He was lead guitarist with Genesis as part of their classic line up with Gabriel, Collins, Banks and Rutherford, that produced acclaimed albums such as Selling England by the Pound (a favourite of John Lennon). With Steve's extraordinary versatility in both his electric guitar playing and his composing, he involves influences from many genres, including Jazz, World Music and Blues. He is equally adept in his classical albums that include renditions of pieces by composers from Bach to Satie, his own acoustic guitar compositions that have gained the admiration of many, including Yehudi Menuhin, and ambitious guitar/ orchestra albums such as A Midsummer Night's Dream, recorded with the Royal Philharmonic. With Genesis, Steve's guitar playing produced some of the most memorable moments, from the sensitivity of his acoustic sound on Horizons and Blood on the Rooftopsto the dramatic rock guitar solos of Firth of Fifth and Fountain of Salmacis 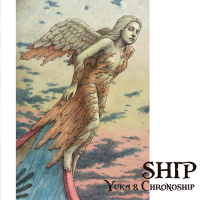 This irrefutably impressive Japanese progressive rock outfit is led by talented female keyboardist Yuka Funakoshi. The the first seven tracks are based on the Greek mythology Argo, named after the ship Jason and the Argonauts used to retrieve the Golden Fleece. And of course, mythological topics along with intergalactic space travel are relatively common threads for ... 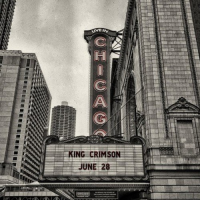 As many King Crimson fans eagerly await the November release of its latest 40th Anniversary Series box set--this time spanning the years 1970 through 1972, when saxophonist/flautist Mel Collins was a constant alongside band co-founder/guitarist Robert Fripp for three studio albums (1970's In the Wake of Poseidon and Lizard, and 1971's Islands) and one live album ...

As much as it's something most would prefer to avoid, when a pair of musicians share a lengthy musical history together it's difficult not to compare and contrast the work they do when apart. Beyond contributing added clarity to their individual work, it helps to articulate what each of them bring to the table when they're ...

Label: Inside Out Music
Released: 2015