Steve Hackett is renowned as an immensely talented and innovative rock musician. He was lead guitarist with Genesis as part of their classic line up with Gabriel, Collins, Banks and Rutherford, that produced acclaimed albums such as Selling England by the Pound (a favourite of John Lennon). With Steve's extraordinary versatility in both his electric guitar playing and his composing, he involves influences from many genres, including Jazz, World Music and Blues. He is equally adept in his classical albums that include renditions of pieces by composers from Bach to Satie, his own acoustic guitar compositions that have gained the admiration of many, including Yehudi Menuhin, and ambitious guitar/ orchestra albums such as A Midsummer Night's Dream, recorded with the Royal Philharmonic.

With Genesis, Steve's guitar playing produced some of the most memorable moments, from the sensitivity of his acoustic sound on Horizons and Blood on the Rooftopsto the dramatic rock guitar solos of Firth of Fifth and Fountain of Salmacis. As he embarked on his solo career he developed his exceptional range, pushing musical boundaries into exciting areas, inventing new sounds and also techniques such as 'tapping'. His solo career went from strength to strength and the mid eighties not only saw the hit single Cell 151, but also the Steve Hackett and Steve Howe super group GTR, highly successful in America.

After GTR Steve worked further with many renowned musicians such as Paul Carrick, Bonny Tyler, John Wetton and Brian May, who has credited Steve as an early influence. Steve went on to produce his hit album Genesis Revisited. He went even further back to his roots with Blues with a Feeling, whilst continuing to challenge his own 'horizons' with an amazingly eclectic mix of sounds, genres and a sense of the exotic that excites his many followers to this day.

Recent albums have possessed a high level of sophistication, along with an ever-present powerful dynamic, from the dramatic and atmospheric darkness of Darktown and Wild Orchids to the colourful voyage through time and space of To Watch the Storms. 2009's Out Of The Tunnel's Mouth, written and recorded in the midst of domestic and professional upheaval, was released to an overwhelmingly positive response from fans and reviewers alike, many of them proclaiming it his best ever. Hot on the heels of OOTTM was Beyond the Shrouded Horizon released in 2011, which has easily received an equally enthusiastic response. In 2012 Steve collaborated with Chris Squire of Yes on the "Squackett" album A Life Within a Day.

Steve's live electric gigs take his fans on an extraordinary journey drawn from a rich musical heritage. Perennial Genesis favourites such as the mighty Firth Of Fifth sit alongside solo classics, while more recent material, with much of Out Of The Tunnel's Mouth and Beyond the Shrouded Horizon now included, demonstrate that Steve is an artist still at the very top of his game. Supported by some of the best musicians on the planet, Steve's unique guitar work remains the fulcrum on which this challenging and exhilarating show is balanced.

Genesis' induction into the Rock And Roll Hall Of Fame in March 2010 stands as a testament to the enduring qualities of their music. Steve has always held a torch for the classic Genesis music. His Genesis Revisited II, a double CD, involves several iconic artists and contains many Genesis favourites. It is due for release in late October 2012 and a Genesis Revisited worldwide tour is planned to follow in 2013... Never one to rest on his laurels, though, Steve continues to blaze a trail with new material and to be an exhilarating and groundbreaking artist.

Steve was born on 12 February 1950 at London University Hospital. Except for an initial period south of the river and a brief time in Vancouver, Canada when he was seven years old, he spent his childhood and teens living in Pimlico, London. It was indeed a golden age of steam, with nearby Battersea Power Station and the trains belching out smoke... In contrast was the colourful excitement of Battersea Funfair, which inspired many of Steve's early dreams.

His brother John was born on 13 March 1955. They enjoyed music together from an early age and both were playing instruments by the time they were in their teens. Both of Steve's parents June and Peter were encouraging with the music and Peter also possessed creative talent as an artist and painter.

Steve experienced the changing face of the sixties first hand in his daily walks along the famous Kings Road to Sloane Grammar School, and he shared a fascination of all the new up and coming bands, as well as the wonder of books with his first girlfriend Barbara. She introduced him to the works of writers like Jean Paul Sartre and Albert Camus. He was heartbroken when they split up, but this didn't stop his hunger for music. He and his friend Jock loved to make the journey to Eel Pie Island for the musical experience of heroes like Peter Green and Paul Butterfield. Later on bands like King Crimson and the Jimmy Hendrix Experience became an inspiration. Through all this time Steve followed his musical path and put regular adverts into Melody Maker, until finally Peter Gabriel picked up on Steve's ad...

Joining Genesis was a turning point for Steve - he was now living the dream. All the band members formed equally important parts of the Genesis story. Steve still loves the guys and the stunning work they created together.

He married Ellen Busse in 1972. They had a son, Oliver in 1974 but they subsequently divorced. It was a difficult time for Steve, but he enjoys a good relationship with Oliver who lives in Germany.

Another challenging time for Steve was when he left Genesis. He had enjoyed his journey with them and had some trepidation about starting out alone, yet he also felt the need to explore his own path. He had many creative ideas that he wanted to develop.

Steve married Brazilian artist and jewellery designer Kim Poor on 14 August 1981. They divorced on 18 May 2007. A court case followed which came to an end in 2010.

Steve married author Jo Lehmann on 4 June 2011. They often write lyrics and music together, which Steve then takes on to the next stage with Roger King. Steve is really proud of his band and team.

Steve's output is particularly prolific these days, as his ideas continue to flourish and grow. He's always found that books have long been a rich source of inspiration and that life itself gives him ideas. He enjoys the experiences of his travels even more than ever as he explores many places with Jo. The moment he sees the Sphinx or a sunset over the Colosseum his notebook is out instantly and the notes start to flow... Show less 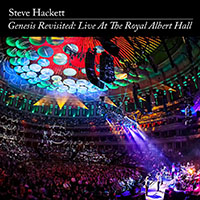 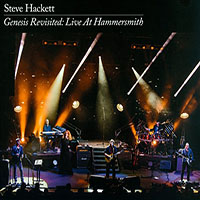 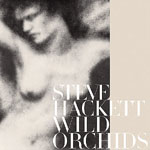 All About Jazz musician pages are maintained by musicians, publicists and trusted members like you. Interested? Tell us why you would like to improve the Steve Hackett musician page.