Stephane Wrembel is quite simply one of the finest guitar players in the world. The breadth and range of his playing and compositions are unmatched. To say that Wrembel— who learned his craft among the Gypsies at campsites in the French countryside— has already had a remarkable career would be an under-statement. This prolific, virtuoso guitarist from France has been releasing a steady stream of music since 2006 and has truly made his mark as one of the most original guitar voices in contemporary music. The New York Observer said, "Stephane Wrembel represents the living face of Gypsy jazz." Rolling Stone Magazine has called him “a revelation”. Since last January, The Stephane Wrembel Band has been promoting two new recordings on Water Is Life Records, The Django Experiment I and II

Guitarist Stephane Wrembel To Release Django L’impressionniste, A Book Of Music Transcriptions Of 17 Compositions For Solo Guitar By Legendary Musician Django Reinhardt, On April 22, 2021 Gigs.Live To Premiere Video Of Wrembel’s Solo Performance Of All 17 Pieces On Thursday, April 22nd At 8:00 P.M. EDT Heralded composer, teacher and guitarist, Stephane Wrembel, will ...

Producers John Nugent and Marc Iacona today announced the full lineup with a record number of shows for the 2020 nine-day CGI Rochester International Jazz Festival. Now in its 19th year, the festival will be held June 19 to 27 and present 335-plus shows including more than 100 free shows and 1750-plus artists performing in 21 diverse venues in downtown jny:Rochester, New ...

Xerox Rochester International Jazz Festival (XRIJF) producers John Nugent and Marc Iacona today announced the complete lineup for the festival’s 17th Edition. The nine-day festival returns to Rochester June 22 to June 30 presenting more than 1500 artists from around the world in 300-plus shows at 20 venues. The 2018 Festival is presented in three series ...

The Django Experiment I & II 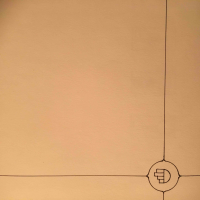 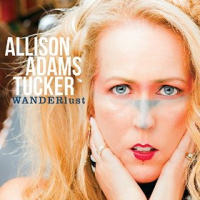 Many modern-day jazz vocalists have been known to touchdown in a few different locales over the course of an album, but few to none get their passports stamped in as many places as Allison Adams Tucker does on the aptly named WANDERlust. Tucker brings her multilingual brilliance and cultural savvy to the fore during this expertly ...