Spinifex explores the contrast between extremely tight irregular structures and extensive free improvisations. With its fearsomely explosive combination of musicians, Spinifex is all about compelling grooves, strong dynamics and challenging improvisations.   Named after a tough Australian species of grass, Spinifex may at first sound like a combination of jazzcore, math-metal and other typically Western contemporary music. However, beneath the surface the listener will discover ancient cyclical rhythms of Turkish and Indian origin.

Gijs Levelt is a trumpet player, composer and teacher. In his work he explores the boundaries of world music, improvised music, contemporary composed music and pop music. As a trumpet player, he is best known for his work with the Amsterdam Klezmer Band, with whom he has toured the world since 1997, released 15 albums and entered into various international collaborative projects. He was also founder and co-band leader of several crossover bands and ensembles, including STriCat, the Axyz Ensemble and Spinifex. As a sideman and guest musician he has played with a large number of artists in different genres, from the Willem Breuker Kollektief to Chef's Special, in clubs, theaters and festivals all over the world. Together with composer / flutist Ned McGowan, Gijs led the Karnatic Lab, a concert series, a series of festivals, a record label and a number of ensembles for years 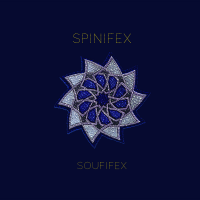 There's a heavy European flavour to this episode as we explore the current scene in eleven different countries. Two albums on the Hungarian BMC label introduce BMC's latest round of releases: pianist Aki Takase (Germany) & her band, Japanic, and saxophonist Istvan Grensco & his Collective Special 5 (Hungary), which features the great American reed man, ...

There's a slight Chicago flavour to this episode. Drummer Charles Rumback hooked up with noted New Orleans bassist James Singleton for Rumback's latest recording, Cadillac Turns. In an odd twist of strange, Singleton approached a jet-lagged Rumback in a bar in Sydney Australia and said he had seen Rumback playing in a Chicago bar a few ...

The Amsterdam-based sextet Spinifex—well known for their passion to cross stylistic borders, tight irregular structures and robust improvisational eruptions—still continue their journey through different musical traditions. On their fifth full-length album, Soufifex, the ensemble flee the European musical tradition and turn their faces to the Oriental world, i.e. to the Sufi, mystical Islamic belief and practice ...

Canadian saxophonist and flautist Anna Webber has seen her star rising since settling in New York. She's become a highly regarded member of the creative improvisation scene there, and each recording of her own compositions becomes more impressive. With her septet she tackles a number of homages to some of her favourite 20th century composers' percussion ...

The Dutch powerhouse quintet Spinifex included a pair of tracks imbued with Sufi traditional music of Kurdish/Iranian origin, and a Qawali traditional from Pakistan on their last recording, Amphibian Ardour; they loved the challenge of fusing those styles into their irregular structures and free jazz so much that they decided to go all in on their ... 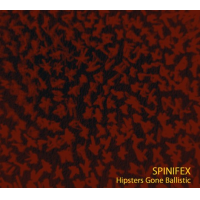