Sonny Payne was an American jazz drummer, best known for his work with Count Basie and Harry James. Payne's father was Wild Bill Davis's drummer Chris Columbus. After early study with Vic Berton, in 1944 Payne started playing professionally around New York with the Dud and Paul Bascomb band, Hot Lips Page, Earl Bostic (1945–1947), Tiny Grimes (between 1947 and 1950), and Lucille Dixon (1948). From 1950 to 1953, Payne played with Erskine Hawkins' big band, and led his own band for two years, but in late December, 1954, he made his most significant move, joining Count Basie's big band for ten years of constant touring and recording

Joe Farnsworth is one of the top jazz drummers working today, with a resume that includes some of the absolute greats. His muscular swing and precise timekeeping have been attractive to employers like Wynton Marsalis, Diana Krall, McCoy Tyner, George Coleman, Pharoah Sanders, Eric Alexander, Benny Golson and many more. He likes to say ...

Michael Lauren: Give My Regards To Portugal 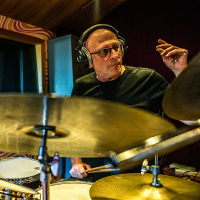 From Broadway to jazz to Portugal. A circuitous route for sure. One that has, however, served international musician Michael Lauren well. The now seventy-year- old multi-styled drummer came out of the womb with a kick pedal and has been holding down a symphony of beats ever since. Over the years he has played or recorded with ... 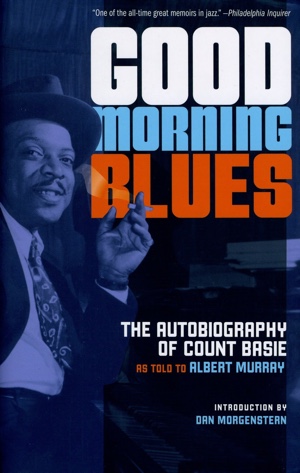 Good Morning Blues: The Autobiography of Count Basie as told to Albert Murray William James Basie 399 Pages ISBN: 978-1-5179-0143-1 University of Minnesota Press 2016 (1985) In May 1959 Count Basie and his Orchestra played a “Breakfast Dance and Barbecue," like back in Kansas City, hosted by Roulette ...

D'Vonne Lewis: It's About the Love

On the Seattle jazz scene, no musician is more visible than drummer D'Vonne Lewis. Whether he is touring and playing with his band Industrial Revelation, leading his flexible and innovative combo, D'Vonne Lewis Limited Edition, or playing as a sideman on multiple projects around town, Lewis brings to the bandstand a remarkable versatility, and musical identity ...