Slim Gaillard was a jazz Renaissance man who doubled as its court jester. He played, to one degree or another, nearly all of the most common instruments of jazz, including guitar, piano, organ, drums, vibraphone, and various saxophones; he also composed music and tap- danced. It is for his humor that he is most widely remembered and loved. It is immortalized in masterpieces such as "Flat Foot Floogie," "Yproc Heresy," "Chicken Rhythm," "Serenade To A Poodle," and "Laughin' in Rhythm," all of which are saturated with a dadaist sense of absurdity. Like early dada music, Gaillard sang and composed songs in his own private language: Vout. This master musician, who early on worked as a professional cook and merchant seaman, turned to acting later in life, appearing in numerous television shows and movies. Bulee "Slim" Gaillard was, according to most sources, born in Detroit, Michigan

Seattle-based musician Jay Thomas may be considered the oddest of ducks in the jazz universe. By that, I am referring to his fierce musicality expressed both on trumpet and saxophone, as well as most members of the brass and woodwind families. Inspired early in his career by the like minded veteran Ira Sullivan, Thomas in a ...

Legacy is a fleeting notion. It is incomprehensible in real time when a career hits high points, when certain doors open to quantitative opportunity. Jay Thomas can tell you a thing or two about that, based on his own personal experience as a jazz artist over half a century. His story includes playing on the Seattle ... 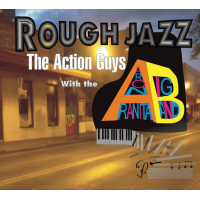 Jazz, naturally, has a rich and varied history but it could be argued that it misplaced a little something on its way to becoming a Respected Art Form. Not to imply that jazz shouldn’t be taken seriously, but there is such a thing as taking a thing too seriously. Louis Armstrong, Fats Waller, Thelonious Monk, Duke ...

"On the Road" Soundtrack Released on Impulse Records December 11