Arkansas native Rosetta Nubin Tharpe was one of gospel music’s first superstars, the first gospel performer to record for a major record label (Decca), and an early crossover from gospel to secular music. Rosetta Nubin was born in Cotton Plant (Woodruff County) on March 20, 1915, to Katie Bell Nubin, an evangelist, singer, and mandolin player for the Church of God in Christ. No mention is found of her father. Nubin began performing at age four, playing guitar and singing “Jesus is on the Main Line.” By age six, Nubin appeared regularly with her mother, performing a mix of gospel and secular music styles that would eventually make her famous

Chris Barber: A Trailblazer’s Legacy Due Out July 23rd On Last Music Co.

On March 2nd, the world mourned the passing of Chris Barber OBE. A British Jazz pioneer who performed for over seven decades until his retirement in 2019, Barber was a transformational figure in the UK music scene. He unlocked the door for a new generation of renowned musicians who in turn, continue to inspire on a ...

Trombonist/bandleader Chris Barber has announced his permanent retirement from full-time music after leading his internationally popular band since 1954. His original small group initially played in jazz clubs but by the late 50s became an attraction in large concert halls throughout the UK and Europe. Chris Barber’s Jazz Band first toured the USA in 1959 after ... 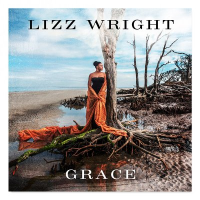 In reaffirming the adage that you can go home again, Lizz Wright did just that. The songs on Grace reflect a homecoming to the singer's southern heritage--a personal rite of passage to glean inspiration and redefine her musical origins. She revisits her rural Georgia upbringing and Atlanta gospel roots, and finds comfort at her current home ...