Jorge Mário da Silva was born in 1970 in Belford Roxo, in the Metropolitan Area of Rio de Janeiro, and from an early age he knew he wanted to be a musician. He worked several jobs from the age of 10 onwards, was a regular at balls and Samba gatherings in Rio, and started out young singing at clubs. He left home at 19 and lived on the streets for a few years, where he had his first contact with theater. Discovered by clarinet player Paulo Moura, he auditioned for a musical and his life changed entirely ever since.  Seu Jorge (a nickname given by drummer and friend Marcelo Yuka) made his first mark as a professional musician in 1998: as a member of band Farofa Carioca, he released the album Moro no Brasil in Portugal, Japan and Brazil. In 2001 he released his first solo album, Samba Esporte Fino, produced by Mário Caldato and Seu Jorge, and mixed and mastered in Los Angeles by Mário Caldato

WOMAD Charlton Park Malmesbury, England July 27-30, 2017 The WOMAD global music festival has mostly been immune to bad weather during its 35 year history. World Of Music, Arts & Dance traditionally occupies the last weekend of July, which mostly guarantees a good scorching. There was the notorious ...

Roy Ayers at The Addition

By Walter Atkins The Addition, formally known as Yoshi's San Francisco, welcomed the celebrated and ageless acid jazz/funk vibraphonist Roy Ayers for a weekend stand on November 21, 2014. The new name was inspired by the club's location between Lower Fillmore and the Western Addition. The show kicked off the soft opening of the City's latest ... 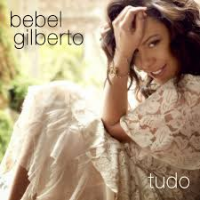 On her seventh studio album, Bebel Gilberto follows a path similar to her last two records: a blend of original electronic-enhanced acoustic music sung in English and Portuguese and a handful of covers. Tudo opens with the gentle ballad “Somewhere Else," a track cleverly arranged with the addition of a string quartet led by Miguel Atwood-Ferguson. ... 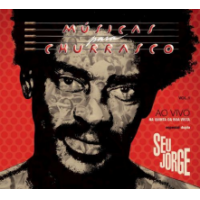 It's an all-day, all-night dance and listening party, where old hands and grand dames share space with wild newcomers. It's a business platform where people from remote villages and well-heeled megalopolises meet and discuss how to sustain musical diversity. It's the best place to launch a successful career, whether you're a striking traditional singer from Afghanistan ...

The Shine of Dried Electric Leaves 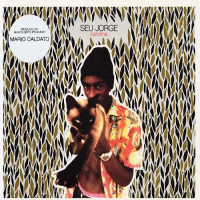