Is flute an odd one out in the present jazz field? Not really and not at all in France. France not only has Michel Edelin in the older generation, it has still more flautists in the younger generation that are also bandleaders in their own right, for example Magic Malik, Eve Risser, Naïssam Jalal and, of ...

New Single and Video from Brazilian Vocalist Now Available Riding high on the success of her debut album, 2019’s A Moment of You, vocalist Daniela Soledade has just released a new single and video. “Comment Te Dire Adieu” (“How Do I Tell You Goodbye”) with lyrics by Serge Gainsbourg, highlights the writer’s inimitable word play and ...

A forgotten gem from the extensive and multi-colored discography of Don Cherry is available again, courtesy of the French label WEWANTSOUNDS [yes, their name is uppercase only!]. Home Boy, Sister Out, produced by Ramuntcho Matta, was originally released in 1985 on Barclay Records. It was distributed in France and Germany only and was never ...

On her striking new album, Pas de géant ["Giant Steps" in French -Ed.], Camille Bertault confirms all the qualities that her debut release, En Vie, had showcased three years ago. For her sophomore release, the French singer doubles down with an eclectic repertoire, a stellar line-up and the production and arrangements written by Michael Leonhart with ... 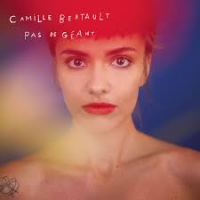