Pianist Sadik Hakim was born Argonne Thornton on July 15, 1919. His maternal grandfather was a violinist, composer, conductor and professor of his own school of music. His grandmother was a cellist, his mother a violinist, his aunt a pianist and violinist and they performed together as a chamber music group. In 1961 Hakim made his first record as a leader (in conjunction with Duke Jordan). He played around New York with his own trio, then returned to Canada from 1966-76 and made records for CBS. He left Canada to tour Europe for a year, making a trip back to his native Duluth to play in the Bi- Centennial festival in 1976. Returning to New York he made several recordings on the Progressive, Steeplechase, and CBS labels 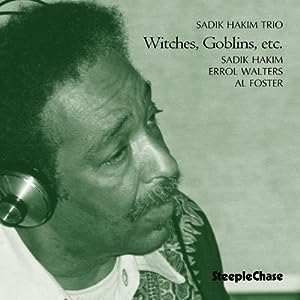 The Canadian Concert Of Sadik Hakim