When Ryuichi Sakamoto was a high schooler in Tokyo, he had to ride a commuter train to get to class. The passengers were always crammed on, trapping one another between stray limbs and contorted torsos. Unable to move, all the teenage Sakamoto could do was listen. He amused himself by counting the sounds the train made, identifying more than 10 that he would listen out for every morning. Close listening is a habit that has carried Sakamoto through nearly 70 years of musical exploration, each decade leading him in new directions. He was born in 1952, the year John Cage composed 4′33″. When he was a toddler, he was introduced to the piano, an instrument he would go on to examine from many Cageian angles

Trumpet player / composer / bandleader Adam O'Farrill on belonging to a rich musical legacy (he is the grandson of Chico O'Farrill and son of Arturo O'Farrill), how video games, literature and most of all the films of Paul Thomas Anderson and scored of Ryuichi Sakamoto have informed his work, what he learned from working with ...

Eternity Masayoshi Sukita 256 Pages ISBN: 9781788841078 ACC Art Books 2021 People may or may not recognize his name but they have certainly seen his photographs. For the past 50 years, photographer Masayoshi Sukita and his camera have captured an enormous number of genuinely emblematic images of pop ...

A meeting of minds, of hearts and of souls. Strata may be the first recording of the duo of Icelandic bassist Skuli Sverrisson and guitarist Bill Frisell, but so attuned are the musicians to each other's wavelengths, and so spellbinding their common language, that you could be forgiven for thinking they had played in this format ...

From audiophile jazz labels, to definitive record stores and jazz kissaten, the outstanding jazz bars that provide a cozy place for jazz fans to congregate and share their love for jazz, Japan has traditionally been one of the most jazz-friendly countries in the world. Here is the second part of a special edition that pays tribute ... 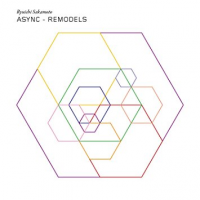 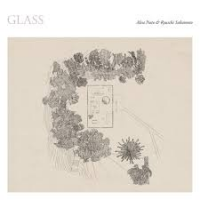 Japanese composer and New York resident Ryuichi Sakamoto has had a career unlike anyone else. For more than 40 restless years, since the days of Yellow Magic Orchestra, he has been a musician that many other musicians have followed closely and probably no other popular musician has had a broader or a deeper catalog. To experience ...

Stephen Nomura Schible: I wanted to make an intimate portrait of Ryuichi Sakamoto

Japanese composer, pianist, and producer Ryuichi Sakamoto has always resisted an easy definition or description. Taken into account his illustrious and vast output which has spanned over different decades and fashions, he has been at the center and outer fringes of shaping contemporary music. For many, he is one of the greatest exponents of ...