Ronnie Cuber is a baritone sax player strong enough to bring out the lyricism of the weighty instrument. While he plays traditional jazz in the style of Pepper Adams and Nick Brignola, Cuber also has led Latin sessions and appeared on dozens of pop recordings as an in-demand sideman. Cuber was born on Christmas, 1941, in New York. When he was 18, he appeared in Marshall Brown's Newport Youth Band at the Newport Jazz Festival. Three years later he was in Slide Hampton's groups and spent the 1960s working with Maynard Ferguson, George Benson, Lionel Hampton, Woody Herman and Lonnie Smith.During the next decade, Cuber performed on a slew of recordings and embraced distant ends of the woodwind family by playing flute and baritone sax on Eddie Palmieri's 1973 record, Sun Of Latin Music 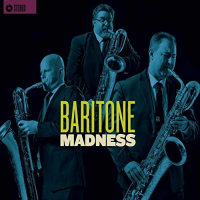 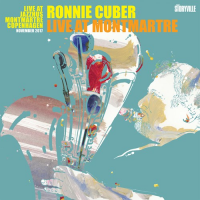 Of all the musical instruments invented by Adolphe Sax in the mid-19th century, the baritone saxophone remains the least played. Harry Carney persuaded Duke Ellington to use the heavy, cumbersome instrument and it became a distinctive part of the band's sound. Others who have played the baritone saxophone include Cecil Payne, Pepper Adams, Serge Chaloff and--for ... 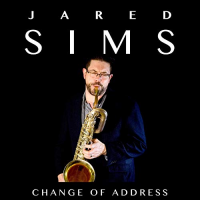 Jared Sims isn't a purist, that's for sure. On Change Of Address, an album that marks his return to life in West Virginia after two decades spent in New England, he wields his baritone saxophone on a set of slick tunes that speaks to jazz's soul and funk extensions. Sims places his weighty horn squarely in ...