Roger Neumann is a Los Angeles-based jazz saxophonist, composer, arranger and music educator. He has contributed arrangements to some of the most important artists in jazz, including the Count Basie, Buddy Rich. Ray Anthony and Ray Charles bands, the Phil Norman Tentet, and Anita O'Day, as well as for such pop stars as The Beach Boys. He is an active music educator at venues across the country. Since 1983 he has taught at the Reggie Schive Jazz Camp in Iowa, Since 2002 he has been a mentor for the L.A. Jazz Society, in its Bill Green Mentorship Program. Neumann was born in 1941 in Minot, North Dakota, moved first to Akron, Ohio, then to Spencer, Iowa at age 4 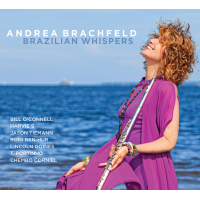 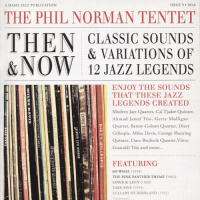 There comes a time, usually during the fifth or sixth rendition of a “franchise" movie (think “Rocky" or “Star Trek"), when the phrase “enough is enough" inevitably springs to mind. While Then and Now, the seventh album by saxophonist Phil Norman's L.A.-based all-star Tentet, lands somewhere this side of overkill, its premise--to update and reintroduce classic ... 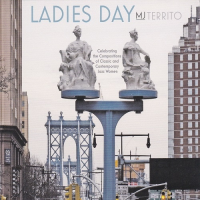