The Hammond Organ. Ask anyone who has played one on the club scene and they'll tell you horror stories about jacking the B3 up fire escapes or removing doorframes; not to mention the instrument's sheer weight, alone. No question, the Hammond is a super heavy organ. Then there's what's under the hood. There are two layers of keys, four sets of drawbars, and eighteen changeable presets, creating a sound that arguably smokes any modern instrument. You need a virtuoso sitting behind the Hammond or, somehow, it doesn't erupt in those fat, bubbly tones, or in those long glissandos that rip the paint off the wall. "I just love the instrument," Robert Walter enthuses 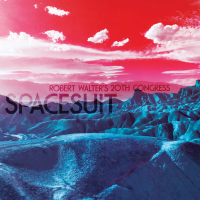 In the realm of contemporary jazz, drummer Denny Seiwell is a relatively new returnee after an extended stint as member of Paul McCartney's Wings, while keyboardist Robert Walter is long-time occupant of a self-created niche where he acts as bandleader when not in his charter member role in the Greyboy Allstars or collaborating with the likes ... 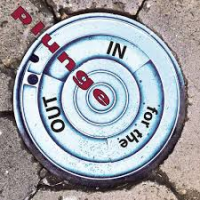 Plunge: IN For The OUT

The author Kurt Vonnegut once said, “Practicing an art, no matter how well or badly, is a way to make your soul grow." The art of improvisation does just that: it makes the soul grow. The soul of the improvising performer is constantly stretched and twisted in search of that unnamed spiritual experience in which lasting ... 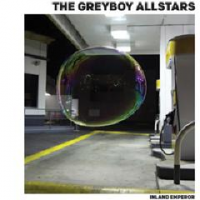 Something of a modern urban funk legend, due in large measure to the high-profile solo endeavors of keyboardist Robert Walter and horn man Karl Denson, The Greyboy Allstars nevertheless know intuitively when to reconvene to the greatest effect. Inland Emperor is their first collaboration in the six years and it bears all the earmarks of their ...

Organ trios can be annoyingly conservative. Perhaps the temptation to revisit the heyday of the style--the early 1960s--and recapture the magic that made all of those Blue Note and Prestige LPs so much fun is just too great. Maybe it's because the Hammond B-3 sound evokes so much nostalgia. Don't count Nick Moran among the sentimentalists. ...

The State of Organ Jazz 2010 (Part 2): Stanton Moore and Organissimo 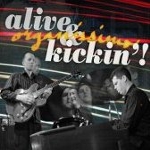 The State of Organ Jazz 2010, Part I: Wayne Escoffery, Dan Pratt and Matthew Kaminski dealt with some very fine organ-based jazz, that, for the most part, colored within the lines. This second installment focuses on the organ, guitar and drums trio and is devoted to two artists who definitely got their nuclear funk on: drummer ...