Tenor Saxophonist Ricky Ford was born 4 March 1954, Boston, Massachusetts, USA. Ford started to play drums, and then changed to tenor saxophone at the age of 15, inspired by Rahsaan Roland Kirk. Ran Blake heard him playing in a Boston Club and persuaded him to study music at the New England Conservatory. (Blake later invited him to play on several albums too, including “Rapport,” “Short Life Of Barbara Monk” and “That Certain Feeling”). In 1974 Ford joined the Duke Ellington Orchestra under the leadership of Mercer Ellington and in 1976 he replaced George Adams in the Charles Mingus group, recording on “Three Or Four Shades of Blue” and “Me Myself An Eye.” In the late 70s and early 80s he played with Dannie Richmond, Mingus Dynasty, George Russell, Beaver Harris, Lionel Hampton and Adbullah Ibrahim’s Ekaya group

Is there a more underrated player than Ricky Ford? On any horn? Perhaps the fact that he took over Paul Gonsalves' chair in the (Mercer) Ellington orchestra when he was still a kid led people to think he had yet to prove himself. There was a brief stint with Charles Mingus. And there was ...

'The Wailing Sounds Of Ricky Ford: Paul’s Scene' - Ricky Ford Brings A Lifetime Of Experience To His Newest Recording

It is with tremendous pride that Whaling City Sound announces the new Ricky Ford recording, The Wailing Sounds of Ricky Ford. Not only does Ford bring impeccable credentials with him wherever he goes, but he also happens to have deep ties to New England, which is why the recording title is something of a play on ...

A pioneer of global and modal jazz, the multi-instrumentalist and composer Yusef Lateef is only beginning to have his importance in the history of the music properly acknowledged. After languishing off-catalogue for decades, much of his output is being made available once more. A treasure trove of great jazz is out there waiting to be rediscovered. ...

Stratusphunk: The Life and Works of George Russell By Dr. Duncan Heining Available through Amazon Worldwide

Stratusphunk is the story of remarkable musician and a remarkable man. Through his ideas and music, composer, theorist and musician George Russell joins the dots in modern jazz from bebop, though modal and free jazz and into jazz rock. It is hard to imagine another artist, who was both so influential but also so misunderstood. For ... 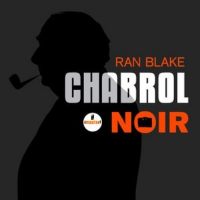 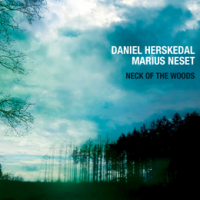 Saxophonist Marius Neset and tubist Daniel Herskedal have crafted an unusual and fascinating debut album, combining their chosen instruments and occasionally, the human voice, to create some atmospheric and intriguing sound-worlds on Neck Of The Woods.Although both musicians are Norwegian, the pair met while studying at the Rhythmic Music Conservatory in Copenhagen, an institution ...