Rick has been playing music and piano since he was 5 years old, and comes from a very musical family. Early memories from the 1970's include Rick playing his older sister JoAnn's Fender Rhodes, Crumar Organ, and Moog keyboards along with a wide variety of music ranging from Stevie Wonder, The Bee Gee's, George Benson, Donna Summer, ELO. During this time Rick's Father introduced the reel to reel 2 track recorder and Rick's productions began ! In the early 1980's Rick further developed an affinity for NYC Dance Music, New Wave, R&B, classic Rock, and Funk. The 4 track cassette recorder improves his basement productions 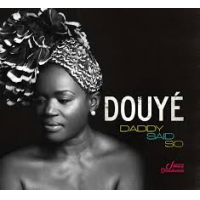 Zoe Schwarz Blue Commotion This Is the Life I Choose 33 Jazz Records 2017 Zoe Schwarz and her band, the Blue Commotion, have been making a name for themselves in their native England for the better part of this decade. With five albums to their credit, the band and singer have ...