Swinging With The Saint

Label: Resurgent Music
Released: 2007
Track listing: There Will Never Be Another You; Finger Painting; So Danco Samba; Moonlight in Vermont; Just A Closer Walk With Thee; Because It's There; Rosetta; Sweet Lips; Inca; Frankie And Johnny.

The Dan St. Marseille Quartet: Swinging With The Saint

With several previous recordings as a leader in addition to his many appearances as a sideman on other albums, Dan St. Marseille is known exclusively as a tenor saxophonist who now, with this release, joins a select group of musicians recording a straight-ahead jazz album with clarinet as the lead instrument. Though he began playing music ... 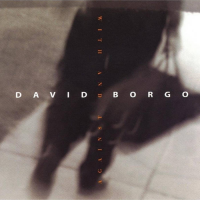 If it’s true, as many say, that Jazz improvisation is actually story–telling by another name, tenor saxophonist Dan St. Marseille is an accomplished narrator who recounts a number of fascinating stories on Departure. None of them, it should be pointed out, is entirely unfamiliar, as comparable versions have been inscribed for a number of years by ...