GARY MILLER (VIBRAPHONE) A graduate of Berklee College of Music, jazz vibraphonist Gary Miller has performed in concerts, clubs, and gallery openings, on radio and television, and in the recording studio. Playing a combination of original compositions, standards, and contemporary works, he has created his musical niche in the region of western Massachusetts. Gary has built his style on a lifelong relationship with the performance of music of many genres from classical, rock, country, to Broadway shows, film, and “world” music, as well as with his focus on jazz. Gary has performed in a wide variety musical settings that include solo vibes performances as well as his musical collaborations in numerous combos, chamber ensembles, big bands, and with dance companies

One of the leading figures of West Coast jazz, Shorty Rogers' decision to stop performing and switch to full-time studio work in 1962 marked the end of its golden era. Rogers played with a number of big bands in the late 1940s, and began to attract attention as an arranger while working with Woody Herman. Stan Kenton then hired him away from Herman and Rogers' compositions and arrangements for Kenton made him as much of a star as any of Kenton's soloists. Rogers left Kenton and pulled together a small group that included Art Pepper, Shelley Manne, Jimmy Giuffre, and Hampton Hawes to record Modern Sounds for Capitol

The New England Jazz Ensemble is a performance group, as well as a composers forum, comprising regionally-based artists in both big-band and small-group configurations. It features original and contemporary arrangements and compositions, much of it generated by the ensembles members. The group is helping to perpetuate the uniquely American large jazz ensemble as an art medium. It accomplishes this and its other goals by encouraging the writing of new work, addressing culturally diverse audiences, educating the public about jazz, sharing the band's wealth of expertise with the public in the form of concerts, educational forums and programs, and through guest performances and recordings

Berkshires Jazz, Inc. presents five of the most popular regional bands in the first annual Berkshire Jazz Showcase, on the Pittsfield Common, August 25 from 1-6pm. The wide-ranging lineup for the jazz extravaganza will include: Gruppo Mondo; Andy Kelly Gypsy Jazz; the Benny Kohn Quartet; the Jason Ennis Quintet with vocalist Natalia Bernal; and The Lucky ...

The Stan Kenton Legacy Orchestra (“SKLO”) will make its first and only Berkshires appearance this year on Sunday, April 15, at Monument Mountain Regional High School in Great Barrington, Massachusetts. The 7pm concert will be a big band double-header, with the Monument Mountain Jazz Band opening for the Kenton Legacy band. Kenton was one of the ...

Berkshires Jazz, Inc. continues its summer of centennial tributes on August 12 with the Ted Rosenthal Quintet, in a 100th birthday salute to Thelonious Monk. TD Bank is sponsoring the concert, which takes place at the Lee Meeting House (Lee Congregational Church), starting at 7:30pm. Equally renowned as a pianist and composer, Thelonious Monk was known ...

The Dechamplain Trio Performs “10 Flavours Of Jazz” on Feb. 25 Return To Pittsfield 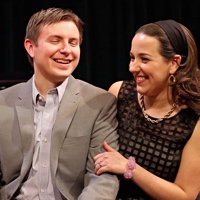 Jazz comes in many flavors, and Berkshires Jazz, Inc. will be exploring ten of them in a special program on Feb. 25, in conjunction with Pittsfield’s annual 10x10 Upstreet Arts Festival. In “Ten Flavours of Jazz" (at Flavours of Malaysia, 8pm), the Matt DeChamplain Trio will present ten different instrumental and vocal stylings, the latter featuring ...

Tickets Moving Fast For May 14 Memorial Concert For Phil Woods In Pittsfield, Mass.

Tribute in Pittsfield, Mass., to Feature the Jazz Master’s Protégé Grace Kelly With Brian Lynch, Bill Mays, Steve Gilmore and Bill Goodwin Berkshires Jazz, Inc. has announced that tickets are on sale, and moving briskly, for the May 14 memorial concert in honor of the late alto saxophonist Phil Woods. To take place at Barrington Stage, ...

Virtuoso clarinetist Paul Green melds jazz and Jewish music in his own inventive arrangements on a new CD, “Music Coming Together,” which will be formally introduced at a concert in Lee, Mass., on April 30. In celebration of International Jazz Day, Green and Two Worlds—his band of extraordinary jazz musicians—will perform selections from the CD at ...