The inimitable musician and bandleader, Jon Batiste, releases Chronology Of A Dream: Live At The Village Vanguard on November 1. Recorded during his six-night residency in the fall of 2018, the live album is a follow up to his recent critically acclaimed release, Anatomy of Angels: Live at the Village Vanguard, and is part two of ...

Jon Batiste was named the bandleader of The Late Show with Stephen Colbert (related news). This interview was originally published in January 2013. Nearly everything about Jonathan Batiste is steeped in jny: New Orleans--from the way he talks, walks, and claps his hands to the way he plays the piano, composes, and leads his ... 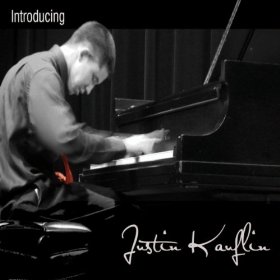 Sight and vision are not the same thing, and pianist Justin Kauflin is a testament to this fact. While a rare eye disease robbed Kauflin of his sight by the time he was eleven years old, his artistic vision and sense of purpose remain intact. Kauflin's classical training initially placed him on a certain path, but ...