Pianist/singer/composer Paul West entered the Seattle music scene in the middle 50's, appearing at Norm Bobrow's Colony with Broadway "Flower Drum Song" star Pat Suzuki. Through the 60's Paul held forth at The Door Coffeehouse, The Sorrento Hotel and the Riviera on Lake Union with bassists Kenny Greig, Don Rogers and Lee Phelps (returning later for another long stay when the Riviera became the Hungry Turtle). In the 70's Paul formed the popular trio ‘BLT’ with Rolf Johnson and Gail Clements. In the early 80's, West worked in Seattle and Los Angeles with Mark Brown and Garnet Hundley in the trio ‘Surprise,’ highlighted by Jazz Alley and Bellevue Jazz Festival appearances backed by the Barney McClure/Chuck Deardorf/Mike McKinley trio. The mid 80's found West pursuing his advertising copywriting career in Los Angeles, where he had a long stand at LA Nicola (occasionally joined by trombonist Bill Reichenbach). Returning to Seattle to work at Microsoft in 1991, Paul, along with Lee Phelps and Norm Bobrow became fixtures at the Rive Gauche (now Tula's) and for the past 7 years at the College Club. "Lucky So and So" is West's second album of (mostly) original compositions.

I Called Him Morgan by Kasper Collin

Lee MorganI Called Him Morgan A film by Kasper Collin 2016 Forty five years ago on a precariously snowy night, prolifically talented jazz trumpeter Lee Morgan was fatally wounded at Slug's Saloon in the East Village of jny: New York City, shot down by his common-law wife, Helen, in front ... 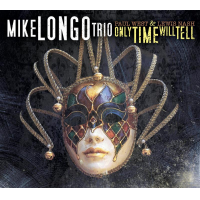 Connoisseurs of jazz piano trios will welcome the release, on March 31, of Only Time Will Tell, the new trio recording by piano master Mike Longo with Paul West on bass and Lewis Nash on drums. The disc is Longo’s 20th for the CAP (Consolidated Artists Productions) label, and his 26th since debuting as a leader ...

Paul West, an ebullient pianist, singer and humorist who entertained several generations on Seattle's lounge scene from the 1950s forward, died Monday. He was 76. The cause was prostate cancer. Though Mr. West worked much of his life as an advertising man by day, he played music by night. He was probably best known for his ...

The Great Bassist Jamil Nasser was recently given a party to honor his 77th Birthday. The event was held at Cobi's Place on June 21, 2009. In attendance was Ahmad Jamal, Monty Alexander, George Coleman, Lou Donaldson, Richard Wyands, Paul West and Harold Mabern. It was a great tribute to an important musician and educator of ... 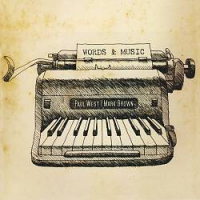 It took him four decades, but pianist Harry Whitaker headlines his debut album as a band leader of his self-titled trio in The Sound of Harry Whitaker, and judging from these results the wait was worth it. Whitaker's playing, as well as his backup, Pat O'Leary on bass and Craig Wuepper on drums, is admirably accomplished, ... 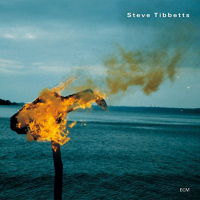 The work of guitarist and percussionist Steve Tibbetts breaks free from most forms of jazz tradition out there; the music is out there, too, with little that's traditional - or even jazzy - about it. But it offers hypnotic pleasures wherein instruments are totally in sync and create rhythm in favor of melody. His latest, A ...