Whether he's pushing the envelope of modern music with his trio Signals, performing lead vocals and guitar with the rock group Glass and Apples, or sharing jazz standards with audiences across the world, versatile guitarist Paul Pieper brings technical and improvisational prowess to every song he plays. Paul's debut solo record, Stories of Before, beautifully showcases Paul's ability with a unique blend of jazz and pop compositions all filtered through the rich timbre of steel and nylon string guitars. Paul first caught the attention of the music community in 1995 when he captured second place from over 200 competitors at the Thelonious Monk International Jazz Guitar Competition, a global event whose judges included Jim Hall, Pat Metheny, John Scofield, and Pat Martino 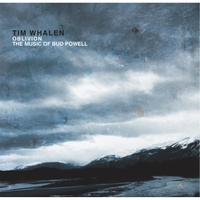 Pianist/composer/arranger Tim Whalen pays tribute to the great bebop pianist Bud Powell with this set of creative arrangements. Whalen rightly points out that Powell was the architect of modern jazz piano, yet he is often overlooked when fellow bebop pioneers Bird, Monk, and Dizzy are mentioned. His arrangements of Powell compositions (plus one new original) are ...