Whether he's pushing the envelope of modern music with his trio Signals, performing lead vocals and guitar with the rock group Glass and Apples, or sharing jazz standards with audiences across the world, versatile guitarist Paul Pieper brings technical and improvisational prowess to every song he plays. Paul's debut solo record, Stories of Before, beautifully showcases Paul's ability with a unique blend of jazz and pop compositions all filtered through the rich timbre of steel and nylon string guitars.

Paul first caught the attention of the music community in 1995 when he captured second place from over 200 competitors at the Thelonious Monk International Jazz Guitar Competition, a global event whose judges included Jim Hall, Pat Metheny, John Scofield, and Pat Martino. A sought after musician in the Washington D.C. area, he has numerous appearances at D.C.'s famed Blues Alley and a 2000 stint with the Smithsonian Jazz Masterworks Orchestra to his name. As a jazzman he's traveled to a dozen countries, ranging from Chile to Iceland, from Kyrgyzstan to Japan. In 2005 alone he accompanied vocalist Ericka Ovette on trips to Ecuador and Bangladesh, and he joined bass player Victor Dvoskin on a three-week tour of Russia. A respected composer, arranger, and session player, his compositions Something Blue, Spider Monkey, Pensees, Kineticism and The Red and the Black have been performed and recorded locally, and Paul has appeared on upwards of twenty CDs.

A D.C. area native, Paul first picked up the guitar at the age of 13. From the start Paul was a determined student of music. "I didn't just want to play--I wanted to become fully competent on the instrument." When it came to continuing his education, Paul ultimately chose to master his craft through performing rather than school--he was earning a living playing music at the age of 19. "I learned an enormous amount through private studies with D.C. area guitar teacher Mike Bevan--he provided me with a strong foundation--but it was through performing that I really gained the skills I needed to earn a living as a musician. I've been lucky to work with a lot of great musicians who were very open about what they know."

In addition to promoting Stories of Before, Paul's current projects include the group Signals--a trio with Emre Kartari on drums and Gavin Fallow on electric bass. "We're trying to play music with a strong groove, that incorporates our various influences, from pop and dance music to electronic music to some of the improvisational elements you might find in a jazz group. We've worked to make the music sound as 'right now' as possible." Paul also has a modern jazz record in the works that will feature original compositions with guitar, bass, drums, and tenor saxophone.

Though he is best known for his work as a jazz musician, Paul seeks to explore all genres of music. "Regardless of style or genre, there are a few things that I really love about music: harmony, a great groove, and improvisation. If one or all of those things are present, then I'm happy." Show less 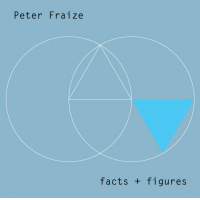 All About Jazz musician pages are maintained by musicians, publicists and trusted members like you. Interested? Tell us why you would like to improve the Paul Pieper musician page.