PETRA HADEN In a restlessly eclectic, wholly unique musical career that spans two and a half decades, Petra Haden has established a singular reputation for creativity and versatility, and a unique niche that's allowed her to apply her multiple talents to a dazzlingly diverse array of music.

As a singer, instrumentalist and composer, Haden has built an impressively varied and accomplished discography encompassing her work as part of the beloved alt-rock quartet That Dog, her collaborations with a broad array of acts, and a series of her own releases, which often showcase her unique talent for constructing complex, evocative a capella arrangements by inventively layering multiple tracks of her own voice.

What Haden's far-flung creative endeavors share in common is a consistent sense of adventure and expression, along with a playful sensibility that gives her projects a consistently uplifting, inventive spirit that marks them as uniquely hers.

As one of the triplet daughters of the late, legendary jazz bassist and composer Charlie Haden, Petra was literally born into a life in music. She first picked up the violin at the age of seven, after being inspired by watching older street musicians playing.

Petra's early fascination with the violin and other instruments led her to develop an uncanny ability to use her voice to recreate the sounds of the instruments she heard, and to develop elaborate pop, jazz, blues and classical arrangements based on those sounds. While she was in high school, her father bought her a four-track recording deck, on which she taught herself to overdub multiple vocal tracks.

Petra first gained widespread notoriety with the '90s quartet That Dog, which also included her sister Rachel, and whose three albums of hook-filled, harmony-laden punk-pop won the band an enthusiastic fan base and considerable press enthusiasm. Petra was still a member of That Dog in 1996, when she released her first solo album, Imaginaryland, which introduced her method of layering her vocals in unexpected and wonderful ways.

After That Dog disbanded, Petra took advantage of her new solo status to apply her talents to a wide variety of musical challenges. Her 2005 album Petra Haden Sings: The Who Sell Out reimagined The Who’s 1967 classic through her tour de force a cappella interpretation. The complexity of Petra’s massed vocals belied the fact that she constructed the tracks at home while recovering from some serious injuries from an auto accident, recording on an eight track cassette recorder (a Tascam 488) given to her by friend Mike Watt, who’s idea this was. He explains, “ Why Petra Haden? First of all, I like the way she does music and I was interested in how'd she interpret a work w/such a personal connection between me and D. Boon (I know, that probably sounds insane). Second, I know when she has a real focus and she can really apply herself, especially in those times when she’s had some intense things tugging at her. I know D. Boon would've loved the idea too, such a trip for us to see something reinvented that we knew so well but in a genuine way since Petra knew nothing of it before. That's what was in my mind - that Petra would bring an earthiness w/out any preconceptions and make it new for me. I don't know, it was a weird thing to ask of her, like a dare but I knew she was oh so capable.”

Petra Haden Sings The Who Sell Out's admirers included The Who's Pete Townshend, who commented, "I heard the music as if for the first time. I listened all the way through in one sitting, and was struck by how beautiful a lot of the music was. Petra's approach is so tender and generous. I adore it."

Thanks to these and other projects, Petra's skill for vocal harmony and instrumental accompaniment led to her voice and/or violin appearing on albums by the likes of Foo Fighters, Green Day, Beck, The Twilight Singers, Cornelius, Sunn O))), Luscious Jackson, Paul Motian and Victoria Williams. She also spent most of 2005 touring and recording with the Decemberists, and the following year joined the Foo Fighter's on their Skin and Bones tour.

"I layer lots of vocal and violin tracks on practically all projects I do," she notes, Whenever I collaborate with people, I want to put a part of myself into it, and to make it sound unique and different. "I'll Petrafy it!"

While remaining in demand as a singer and musician for hire, Petra has still found time to maintain a prolific output of her own music. She won substantial acclaim for 2005 Petra Haden and Bill Frisell, which matched her vocal inventiveness with the vision of master guitarist Frisell on a set of pop standards ranging from Gershwin to Tom Waits. In 2014, she teamed with sisters Rachel and Tanya to record the widely celebrated The Haden Triplets, produced by Ry Cooder. The three sisters (along with their brother Josh, who leads the band Spain) had previously recorded together on their father's autobiographical 2008 album Rambling Boy.

Haden's 2013 album Petra Goes to the Movies, was a typically ambitious effort that reflects her lifelong fascination with film scoring. On it, she layered her vocals to create personalized reinventions of classic Hollywood film scores ranging from Rebel Without A Cause to Psycho. Petra also put her scoring skills to good use on assignments for various film, TV and commercial soundtracks. In 2010, for instance, she scored a trio of Toyota Prius commercials, composing and recording her own acapella originals for two and creating an inventive acapella version of the Bellamy Brothers' "Let Your Love Flow" for the third.

“I loved going to the movies, watching cartoons and getting lost in the music when I was a kid”. Petra says, explaining how soundtrack music has been a touchstone through much of her life. "The music is what kept my attention more than anything. The feeling it gave me is what inspired me to do it on my own." Show less 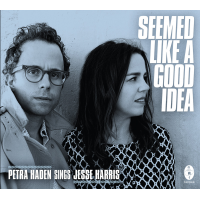 Petra Goes To The... 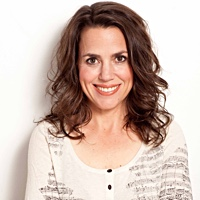 All About Jazz musician pages are maintained by musicians, publicists and trusted members like you. Interested? Tell us why you would like to improve the Petra Haden musician page.