Three jazz concerts in a club-like setting, featuring respected performers from the region and jny: New York City’s jazz scene, will fill the historic Waterfowl Building in Easton, Maryland with music this summer. The series marks the debut of live performances presented by Jazz Alive, a charitable foundation based in Talbot County, Maryland, at the historic ... 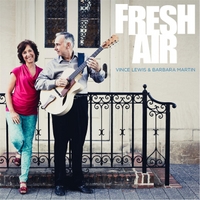 Guitarist Vince Lewis and vocalist Barbara Martin, longtime friends and musicians, join forces for an intimate trio recording of staid standards and compelling originals on Fresh Air. Joined by bassist Paul Langosch, who lends a solid and unobtrusive foundation, Lewis and Martin deliver a program this is as well crafted as it is spontaneous and crisply ... 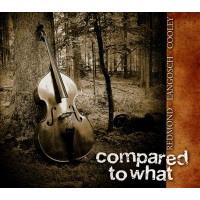 In 2003, after I heard Mary Ann Redmond's astonishing voice for the first time, we did an interview here called “On the Verge." Well, she's still on that verge--at least everywhere outside of the Washington, D.C. area, where she lives. With just a handful of albums to her name, Redmond has won an astounding ... 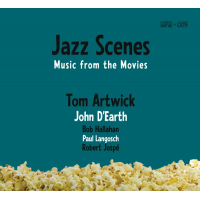 A pleasant album of themes from various movies, seamlessly performed for an appreciative audience by five able musicians whose earnest labors affirm that there is an abundance of talented artists in this country whose endeavors pass largely unnoticed unless concerts such as this one are recorded and released so that a wider audience is able to ...