Patrick Gleeson (born November 9, 1934) is a musician, synthesizer pioneer, composer, producer and engineer, from California, USA. Gleeson began experimenting with electronic music in the mid-'60s at the San Francisco Tape Music Center using a Buchla synth and other devices. In 1968, "upon hearing Wendy Carlos' Switched-On Bach", he bought a Moog synthesizer and opened Different Fur Recording in San Francisco. which had its 50th anniversary in 2018. Gleeson has said, "It was just this little one room studio in the Mission but somehow it became an institution," responsible for many ground-breaking albums and film scores, including Herbie Hancock's Headhunters and Sextant, Brian Eno and David Byrne's My Life in the Bush of Ghosts and Apocalypse Now (where Gleeson led the team of synthesists that created the score)

Label: Sunset Blvd. Records
Released: 2020
Track listing: CD 1: Freddie's Flight; It Burns Me Up; Butterfly; Isola Natale; The Lady's in Love; Midnight Sun; Season of the Witch; Inner City Blues; Light My Fire; Happiness Is Just Around the Bend; Fanfare for the Common Blue Turkey. CD 2: Planet Earth Calling; Sea of Tranquility; This Wheel's on Fire; Just Me Just You; The Road to Cairo; Indian Rope Man; Sundown; Second Wind; Somebody Help Me; We Three Kings; Whenever You're Ready; Future Pilot; CD 3: Ella; Pavane; Cry Me a River; Birds of Paradise; Lament for Miss Baker; Jam Side Down; If You Could See Me Now; Homeward; Looking in the Eye of the World; Dawn of Another Day; Voices of Other Times; I've Gotta Go Now 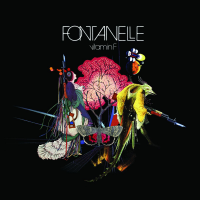 The sheer improbability of Vitamin F alone is almost reason enough to savor it. But this is one heck of a great jazz recording, so Fontanelle's back story is worth pondering. Formed out of the ruins of Jessamine, one of the few Seattle bands from the mid-1990s to buck the grunge craze, Fontanelle recorded three albums ...