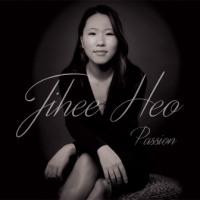 Following up his 2000 début, Flamenco Jazz Latino , guitarist Mark Towns returns with another dose of Latin/Cuban-inflected jazz on Passion , again featuring flautist Hubert Laws. While not exactly a groundbreaking affair, there are enough pleasant melodies and good playing to make this album worth a spin for fans of the genre. The question is: ...

Guitarist Mark Towns releases his second recording, after his Flamenco Jazz Latino, joined once again by special guest Hubert Laws. Although the former Mongo SantamarÃ-a flutist is the most acknowledged player in the recording, the rest of the ensemble has some nice surprises in stow for the listener. Simply stated, this is quite a pleasant disk ...