Pianist Oscar Perez, a New York City native, has shared the stage with jazz legends Bunky Green, George Russell, Curtis Fuller, and George Garzone. He received his formal education at New England Conservatory and Aaron Copland School of Music under the guidance of Danilo Perez and Sir Roland Hanna, respectively. Since moving back to New York, he has spent recent years traveling and playing in the musical groups of trombonist Wycliffe Gordon, saxophonist Virginia Mayhew, vocalist Cathy Elliott and vibraphonist Christian Tamburr with whom he has a new recording. In addition to employment as a jazz pianist, he toured with vocalist Phoebe Snow performing in venues such as The Theatre at Madison Square Garden and Webster Hall

Jazz has always carried with it a social narrative with historical ebbs and flows reliant on the polarizing issues of its time. With Immigrant Nation (OA2, 2019), Portland based trumpeter Charlie Porter embraces the forever narrative of American immigration, the historical force of humanity that has formed and enriched this country from its beginnings. The linear ... 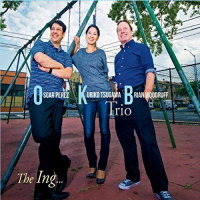 There is something intoxicating about the sound of a jazz trio. The comradery, the symbiosis of group interreacting and communicating on a higher level of language through music. Such is the case with the OKB Trio. Each player is an esteemed player in many outside projects under other leaders' names, but on this recording Brian Woodruff ... 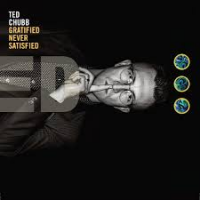 Trumpeter Ted Chubb offers a well-balanced album of four originals and four thoughtfully-arranged covers on Gratified Never Satisfied, his third record as a leader. With solid, in-the-pocket musicianship and strong chemistry among his bandmates, it's an enjoyable outing likely to generate some buzz for this up-and-coming jazzman. Chubb is a disciplined, meticulous soloist, and ...

Prepare A Place For Me

Label: Self Produced
Released: 2015
Track listing: Just Everything; 'Round Midnight; Headin' Over; Snake Charm; Message To Monterey; The Nearness Of You; Prepare A Place For Me; Mushroom City; Song For Ofelia.

The heart of this album is found in pianist/composer Oscar Perez's trio with bassist Thomson Kneeland and drummer Alvester Garnett. Their four tracks showcase the cohesive sound they have developed together, Perez's elegant pianism matched by his empathetic partners. It's a modern piano trio, with a conversational style and all members contributing. There's enough ...

1
Article: Jazz Near Me

At the 2015 Montclair Jazz Festival, the sun broiled and the stars sparkled over some 6,000 jazz fans, that number announced by emcee Gary Walker, a popular WBGO radio on-air personality. Emmy and Golden Globe winning actor S. Epatha Merkerson, best known for her 17 seasons as Lieutenant Van Buren on NBC's “Law and Order," was ...

Album: Prepare A Place For Me
By Oscar Perez
Label: Self Produced
Released: 2015
Duration: 5:01