He studied music with master in composition. He studied with the composer and teacher Nicandro Tamez. Skillful courses of composition and/or conferences with André Richard, Daniel Catán, Mario Lavista, Manuel de El�-as, Helmut Lachmann, Pierre Boulez and Karl - Heinz Stockhausen. It attended the NIMES and Résonances in the IRCAM in Paris France. For more than fiftheen years it has been leading the group Non �" Jazz. It has made concerts in Mexico, United States, Italy, France, Germany, Austria, Sweden, Denmark, Holland, Turkey, Canada, Argentina, Chile, Colombia and Japan among many other countries all over the world. Founder, producer and artistic director of the “International Musicians Meeting” and prepares for the year 2011 the ninth edition. Recently it made the production and edition of a compact disc dedicated to the classical Mexican music in the “University of Buffalo” in the state of New York; publish by Albany Records and it�'s call "Voces Internas". He plays and / or recording with musicians like Ramón López, Gebhard Ullmann, Reggie Workman, Rashied Al�-, Sonny Fortune, Andrew Cyrille, André Jaume, Bruce Arnold, Tom Hamilton, Harri Sjöstrom, Kalle Kalima, Jonathan Golove, Lisa Sokolov, Felix Petry, Gabriele Hasler, Beñat Achiary, Agust�- Fernández, Michael Vlatkovich, Marcos Miranda, Nico Morelli, Hernán R�-os, Mikko-Ville Luolajan-Mikkola, John Bacon, Greg Piontek, Ratzo B 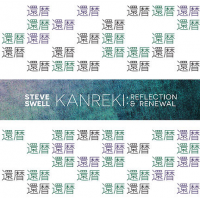 To mark his sixtieth birthday (December 6, 2014), trombonist Steve Swell, long the pre-eminent trombonist on the NYC free jazz scene, invokes the Japanese custom of Kanreki. Although it is said to signal both a rebirth and a handing on of responsibilities, Swell shows no signs of allowing the occasion to inhibit his ambition. Over the ...

Take Five with Rob Saffer of the Creative Music Foundation

In this installment of Take Five we hear from Executive Director Rob Saffer of the Creative Music Foundation, an organization founded in 1971 by Karl Berger, Ingrid Sertso and Ornette Coleman. CMS has brought together leading innovators in the jazz and world music communities through their CMS workshops. About the Creative Music Studio Fall ...

Vision Festival 19 Concludes With Pianos And A Voice.

Along with the celebrations of Amiri Baraka and Roy Campbell on the final day of Vision Festival 19 are several ensemble situations for piano from a duet fir Angelica Sanchez, a trio for Connie Crothers and the venerable Dave Burrell in striking quartet with Kidd Jordan, William Parker and Hamid Drake. And the voice of Fay ...