Results for "Now Here This" 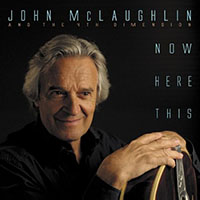 Label:
Released: 2013
Track listing: Trancefusion; Riff Raff; Echos From Then; Wonderfall; Call and Answer; Not Here Not There; Guitar Love; Take it or Leave It.

Without a doubt, guitarist John McLaughlin is one of the most adventurous, unique and engaging musicians ever to pick up an electric guitar. The acclaim that has come his way during his long and illustrious history is almost unparalleled, as he has explored every corner of music, from jazz fusion and classical to electronic and world ...

Label:
Released: 2012
Track listing: Trancefusion; Riff Raff; Echos From Then; Wonderfall; Call and Answer; Not Here Not There; Guitar Love; Take it or Leave It. 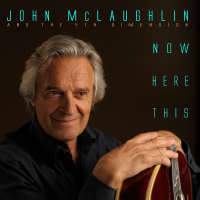 Guitarist John McLaughlin and his 4th Dimension group's studio debut, To The One (Abstract Logix, 2010), mined the past for inspiration. The spirit of saxophonist John Coltrane's A Love Supreme (Impulse!, 1965) drove McLaughlin's most charged electric playing in years, proving he'd lost none of his fire. Two years on, and McLaughlin's 4th Dimension returns another ...