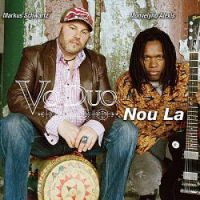 Haitian musical culture is intrinsically connected to the religious practice of Vodou, with millions of active practitioners and followers. The origins of Haitian Vodou were the ritualistic beliefs of the enslaved West African communities blending with Catholicism, imposed on them by the European rulers. Apart from French, Haiti also has its own inherent language of Kreyol; ...