Pianist and composer, Noam Lemish (b.1982), began his classical and jazz studies in Israel. Later, he studied under the tutelage of W.A. Mathieu while completing his BA (Summa Cum Laude) in music at Sonoma State University in California, where he studied with Mel Graves, Will Johnson, and Marilyn Thompson. While completing his master’s degree in composition at the University of Toronto, he served as 2011-2012 Composer-In-Residence for “gamUT” – the University of Toronto Contemporary Music Ensemble. At present, Lemish is continuing his studies at the University of Toronto as a doctoral student in Jazz Performance-Piano. In July 2013, Lemish and master drummer George Marsh released Nightfall, their second album of original compositions and improvisations 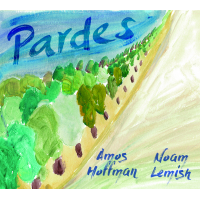 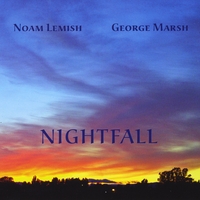 Nightfall is the second recording of Israeli, Toronto-based, pianist Noam Lemish and veteran Bay Area drummer and educator George Marsh (after Yes And, 2008). The set of original compositions and improvisations feature the breadth of their musical universes. Lemish studied classical music and jazz in Israel, and continued his studies under the tutelage of composer W.A. ...