Born in Los Angeles, California in 1985, Nicholas Urie was a recipient of the first annual ASCAP Young Jazz Composer’s Award at the age of 17. He left Los Angeles to study composition with Bob Brookmeyer in Boston, receiving both bachelors and masters degrees from the New England Conservatory of Music. Urie’s music has been heard internationally at festivals and concerts throughout Europe and North America. Urie is an assistant professor at the Berklee College of Music in Boston, MA where he teaches arranging and music theory. As an active arranger and composer Urie has been commissioned to write music for concerts, recordings, and television broadcasts

Specialists don't usually have the luxury of controlling much of their destiny. For a low woodwind expert like Brian Landrus, it would be of little surprise to anyone to find that, though he'd have the freedom to experiment with sounds and timbres for his own records, he would be little more than a hired gun for ... 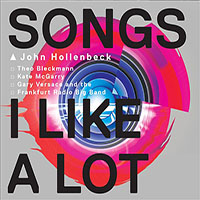 There are four potent musical personalities at play on Songs I Like A Lot. The first is the erstwhile leader, drummer John Hollenbeck, musical raconteur and general high-art roustabout. He has had a long association with vocalist Theo Bleckmann, both in big band settings on A Blessing (Omnitone, 2005) and with Claudia Quintet on What Is ... 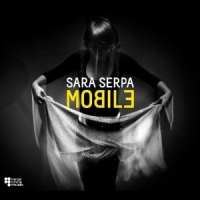 Portuguese singer Sara Serpa is what is produced when the talents of Gretchen Parlato, Simin Tander and Tierney Sutton coalesce. Her voice is light and elastic, sporting a fierce intellect. Couple this with a vision/sense of humor of a Nicholas Urie and the result is a radioactive type of 21st Century Beat Poetry. Like Urie and ...

Without a great deal of build up and/or suspense I'll say right off the bat that I like what Nicholas Urie is up to on My Garden (Red Piano Records [RPR] 14599-4405-2). It's very modern big-band music, well played, with the moderately acerbic and melancholic poetry of Charles Bukowski as the unifying theme. Christine Correa handles ...

Nicholas Urie made an impressive footprint with the release of his Excerpts From and Online Dating Service (Red Piano Records, 2009). The composer/arranger modus operandi changes little on My Garden, where he takes his texts from the poetry of West Coast writer Charles Bukowski (1920-1994), and weaves them into provocative and often violent tapestries of contemporary ...

With My Garden, an album of songs for large ensemble with poetry by Charles Bukowski, composer/conductor Nicholas Urie continues his exploration into modern-day isolation and disconnect begun on 2009's Excerpts From an Online Dating Service (Red Piano Records). On Excerpts, Urie invited the listener to hear ("imagine" might be more fitting) a certain poetry in the ...

The combination of poetry and music is not new. Spain and Latin America have a great tradition of poetry musicalization. As part of the Nueva Trova style of the 1970s, singers like Silvio Rodriguez, Mercedes Sosa, Atahaulpa Yupanqui and Roy Brown set the poetry of some of Latin America's best writers to music. Being ...