Celebrated across Madagascar as the national diva, Monika Njava was lead singer in the prize-winning group Njava, recording two critically acclaimed albums for EMI. She has recorded with platinum-selling Deep Forest and tours with the band. Haizina, a world-pop solo album, was recently released on Anio Records. Singing in several Malagasy dialects, Monika draws on traditional tales and everyday village life for her lyrics. She also addresses contemporary themes, including violence against women, political corruption, and the environmental devastation of her country.

Krannert CenterELLNORA: The Guitar Festival Champaign/Urbana, IL September 5-7, 2019 It takes place every other year; every odd year. Going back to 2005, ELLNORA: The Guitar Festival, held in the University of Illinois' Champaign-Urbana' one-stop-shop Krannert Center, has been celebrating the works of an amazing array of plectrists from all walks ... 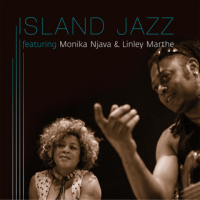