Monday Michiru Sipiaguine (maiden name Mariano, more commonly known as Monday Michiru / MONDAY 満ちる born August 19, 1963) is a Japanese American actress, singer, and songwriter whose music encompasses and fuses a wide variety of genres including jazz, dance, pop, and soul. She is arguably best known for being a pioneer of the acid jazz movement in Japan in the early 1990's yet she has created her own unique style of music that transcends traditional definitions of the aforementioned genres. Monday was born in Tokyo, Japan to jazz pianist Toshiko Akiyoshi and the late jazz saxophonist Charlie Mariano 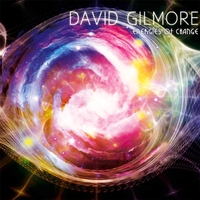 David Gilmore's career started off with a bang. He worked with Steve Coleman through the 1990s, appearing on at least nine recordings either led, or instigated, by the renowned saxophonist, composer, bandleader, and recent MacArthur Award recipient. Since emerging from Coleman's M-BASE fold, Gilmore has worked with a stunning variety of artists both inside and outside ...

Four years on from her debut Cotton Skies London's Emily Saunders has taken near complete control on this wonderful follow up and artistic leap forward. While she also produced her debut, this time Saunders wrote and arranged all nine tracks, not needing to augment them with covers from the likes of Airto Moreira as she did ... 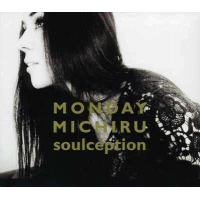 Matters of the spirit are examined in Soulception, the compelling release from Monday Michiru--a multitalented Japanese American singer, composer, and actress, who has released over a dozen successful albums in Asia, Europe, Australia, and South America. An avid producer influenced by diverse sources, she's got that certain crossover appeal that is fluent in urban R&B, contemporary ...

Notable producer Chris Brann, responsible for the ground breaking king-of-their-time productions of Wamdue Project, Wamdue Kids, and Ananda Project, comes to the electronic front line once again with another album by his brain stepchild, P'Taah. Already with three P'Taah artist albums under his belt on Ubiquity Records, the last one was released in 2004. It gained ...