Möbius Strip is the name of an Italian progressive jazz-rock band from Sora and its surroundings, made of Lorenzo Cellupica (piano and keyboards), Nico Fabrizi (tenor and alto saxophone), Eros Capoccitti (bass) and Davide Rufo (drums). They got their inspiration in the object of the same name: since a Möbius strip geometrically connects the two sides of the same surface by starting a path on one of them, this also became the purpose of the musicians, to combine different styles and influences. Their self-titled debut album was released in 2017 by the French label Musea Records and has gotten the attention by magazines and radios from all over the world (some of the magazines are: All About Jazz, Prog U.K., Prog Italy, Progression Magazine, ProGGnosis, Highlands Magazine, Koid'9 and many others) 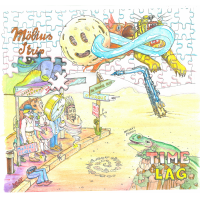 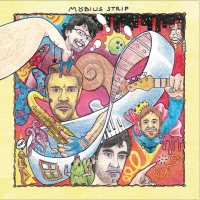 The progressive-meets-jazz nexus has traversed many incarnations since its inception in the heady mid-late 1960s with Soft Machine and Caravan being two classic exemplars of the Canterbury wing of Prog. All were characterised by their adherence to the rock element of prog, whilst embellishing it with jazzy overtones. This tack is at odds with bands populated ...