Mike Miller was born into a musical family in Sioux Falls, S. D. on May 8th, 1953. He started playing bass with his father’s jazz combo at age 12, becoming the third of four bass playing brothers. About the same time, he began playing guitar in a series of bands of his own making. At 15, he was accepted into the Sioux Falls Symphony playing string bass. In 1972 he moved to Colorado, where he met and played with guitarists Robben Ford, Bill Frisell, and Larry Coryell in many varied musical situations, including playing bass with rock guitarist Tommy Bolin, opening for the Rolling Stones with ATCO recording artists “60,000,000 Buffalo,” playing with the avant-garde jazz groups “Fly and the Zippers,” and the “Orchestra of Clouds” 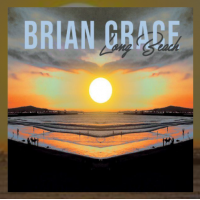 This record is more than a breath of fresh air. It is more like when you open the front door and that momentary rush of crisp wind blows in. Trust embraces that sensation and creates a limitless screen door of opportunity. Ten original and melodious compositions by Mike Miller seamlessly flow, and both sustain and cherish ...