Miguel De Armas is a versatile jazz pianist and composer. He weaves strands of Cuban and American jazz influences in a compellingly eclectic way. Born in Havana, Cuba, Miguel studied at the Conservatory Amadeo Roldan and graduated from the Instituto Superior de Arte with a Bachelor in Cuban Percussion. In 1988, he co-founded the acclaimed Cuban band NG La Banda Orchestra with José Luis Cortés and other prestigious Cuban musicians. For over a decade, he toured with this band around the world and performed at world-class Jazz Festivals such as the North Sea, Montreaux, Nice, Nantes, Normandia, Couleur Café, Barranquijazz, Río de Janeiro Film Festival, among others. Ivan Lins, Clark Terry, Tania Maria, Chico Freeman, Dave Valentin, Sammy Figueroa, Robbie Ammen, Gilberto Gil, Ermeto Pascual. Now Miguel has brought his musical talents to the city Ottawa, Canada which he considers his adopted home 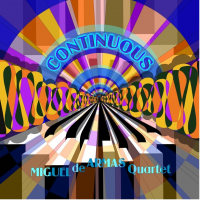 2021 continues to be the year that delivers excellent new releases. The show includes selection of recent albums including the exceptional new one from Vijay Iyer. There is also a dip in the jazz archive for some music by Graham Collier with a band containing a who's-who of stars of the British Jazz Scene. Also featured ... 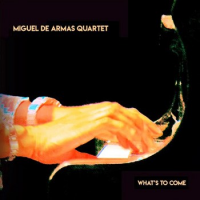 Well, there is a word for it. tumbao. The Urban Dictionary defines, tumbao, as “An Afro-Puerto Rican word (or African Caribbean...), which means “an indescribable African sexiness or swing." I have always wanted to know what that thing in Latin jazz is: that certain attitude and approach that runs through the body when this music is ...