San Francisco Bay Area based saxophonist and composer Michael Zilber is described by NEA Jazz Master David Liebman as “one of the best players and composers around anywhere. Period!” The Canadian-born ex-New Yorker has 10 albums to his name as a leader or co-leader. He has also performed or recorded with everyone from Liebman to Miroslav Vitous, Mike Clark, Dizzy Gillespie and Bob Berg, to name just a very few. Zilber co-led a band with drumming great Steve Smith for eight years, releasing the top 20 recording Reimagined: Jazz Standards, Volume 1 in 2003. For the past decade, he has teamed up with guitar virtuoso John Stowell, most recently on 2016’s Basement Blues, which All About Jazz’s Dan McClenaghan calls “as compelling and modernistic and compelling as any group out there,” hailing Zilber as “soulful and flawless” 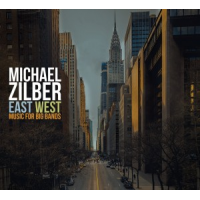 On East West, his first-ever big-band enterprise, Canadian-born saxophonist Michael Zilber leads world-class ensembles in New York City and San Francisco, which speaks volumes about his artistry and gravitas. Zilber not only plays saxophone on both bands, he composed eight of the fourteen numbers on this handsome two-CD set and arranged all of them.

Christmas Gifts and Messages, Some From the Grinch

If you haven't had your fill of Christmas, click the play button for last Saturday's holiday show. One of our rotating traditions is to program the Duke Ellington version of “The Nutcracker Suite." Our first segment tracks mostly old favorites that we play almost every year. The rest are offered for the first time on the ...

Originals For the Originals 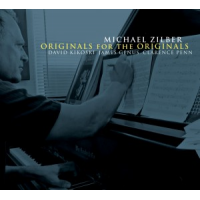 Michael Zilber: Originals For the Originals

Saxophonist/composer Michael Zilber is better known by fellow musicians than by the jazz public, this is an unfortunate truth. The Vancouver, B.C., native moved to Boston in his late teens, then to New York City to begin his musical odyssey. Musicians there recognized his prodigious talent, resulting in recordings with jazz royalty such as Dizzy Gillespie, ... 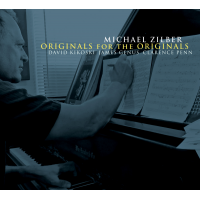 All About Jazz features a free song every day spanning all genres of jazz, and of the 30 tracks featured in February, these ten represent our personal favorites. We also included the top ten reader favorites as indicated by total downloads. Musicians and record labels can submit full length MP3s for consideration here. Enjoy! EDITOR'S PICKS ...

All About Jazz features a free song every day spanning all genres of jazz, and of the 30 tracks featured in January, these ten represent our personal favorites. We also included the top ten reader favorites as indicated by total downloads. Musicians and record labels can submit full length MP3s for consideration here. Enjoy! EDITOR'S PICKS ... 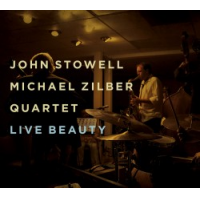 Part of the appeal of the teaming of guitarist John Stowell with various “post Coltrane" saxophonists is the cool/hot dynamic. Stowell is the guy with a Zen restraint, the cool guy, his chords sometimes sounding as if they are ringing from frozen stalactite filaments in ice caves. Saxophonists? Some blow cool-- those of the Lester Young/Stan ...