One of the last of the great Mississippi guitar players, Mel Brown has remained rooted in the tradition. Son of the Jackson, Miss. Blues singer and guitarist, John Henry “Bubba” Brown, Mel started on the guitar at age 14, and by 19 he headed for Los Angeles to make it as a session man. His guitar playing appeared on a string of albums for the ABC-Bluesway, and Impulse! labels in the ‘60s and ‘70’s. During the 1980's Mel was a member of the house band at Antone's night club, in Austin, Texas, and toured with The Silent Partners. The Silent partners recorded one album, which is available from Antones Records. Mel Brown and the Homewreckers released their first album, “Live at Wally's” in the fall of 1998 which was recently re-released on the Electro-Fi label in 2002. In 2001, Mel Brown and the Homewreckers released "Neck Bones & Caviar" which was awarded the W.C. Handy Award for the "Best Comeback Album of the Year" and was also nominated for a Juno award for "Best Blues Album of the Year" in Canada. In addition to the work with the Homewreckers, Mel Brown has released a number of albums with Snooky Pryor including "Double Shot," "Snooky Pryor and the Mississippi Wrecking Crew," and most recently, the Snooky Pryor Live album, "Mojo Ramble" featuring Mel Brown and the Homewreckers. In January of 2004, Mel Brown was awarded the Maple Blues "Blues with a Feeling" (Toronto Blues Society Lifetime Acheivement) Award. Mel Brown released another solo album ”Homewreckin’ Done Live,” and in 2006 he released “Blues - A Beautiful Thing.” A DVD “Mel Brown The Blues, ” generated a lot of buzz, as well as an album with vocalist Miss Angel

Trumpeter and composer Charlie Porter exhibits his innovative spirit and his brilliant musicianship on his self-titled debut as a leader. Working with a rotating cast of Portland (Oregon) area musicians, Porter performs ten of his originals and one cover with a refreshingly unique style and captivating spontaneity. Similar in concept to tenor saxophonist Benny ... 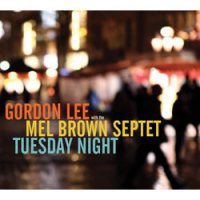 For more than sixteen years, jazz fans in and around Portland, Oregon, have had the pleasure of seeing and hearing drummer Mel Brown's hard-blowing Jazz Messengers-style septet each Tuesday Night at Jimmy Mak's nightclub. Among its mainstays is pianist Gordon Lee who has been writing and arranging for the group almost since he enlisted shortly afterward ...

The Wizard / Blues For We 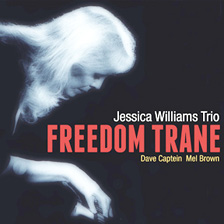 Jessica WilliamsFreedom TraneOrigin Records2011 Jessica Williams, one of our top jazz pianists, has evolved since she tossed the record company expectations and jazz games out the window into the thorny rose bushes, and sought out her own way, and found it, via the establishment of her own ... 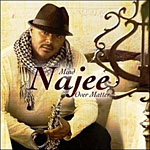 A fixture on smooth jazz radio since his debut album Najee's Theme (EMI, 1986), at this point in his career Najee is more consistent than innovative. He's a worthy inheritor of the title Grover Washington Jr., held as master saxophonist of the genre but, with a few rare exceptions such as Songs From the Key of ...