One of the last of the great Mississippi guitar players, Mel Brown has remained rooted in the tradition. Son of the Jackson, Miss. Blues singer and guitarist, John Henry “Bubba” Brown, Mel started on the guitar at age 14, and by 19 he headed for Los Angeles to make it as a session man. His guitar playing appeared on a string of albums for the ABC-Bluesway, and Impulse! labels in the ‘60s and ‘70’s.

During the 1980's Mel was a member of the house band at Antone's night club, in Austin, Texas, and toured with The Silent Partners. The Silent partners recorded one album, which is available from Antones Records.

Mel Brown and the Homewreckers released their first album, “Live at Wally's” in the fall of 1998 which was recently re-released on the Electro-Fi label in 2002.

In 2001, Mel Brown and the Homewreckers released “Neck Bones & Caviar” which was awarded the W.C. Handy Award for the “Best Comeback Album of the Year” and was also nominated for a Juno award for “Best Blues Album of the Year” in Canada.

In January of 2004, Mel Brown was awarded the Maple Blues “Blues with a Feeling” (Toronto Blues Society Lifetime Acheivement) Award.

Mel Brown released another solo album ”Homewreckin’ Done Live,” and in 2006 he released “Blues - A Beautiful Thing.” A DVD “Mel Brown The Blues, ” generated a lot of buzz, as well as an album with vocalist Miss Angel. “That's the Way I Tumble.” Show less 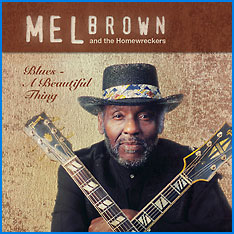 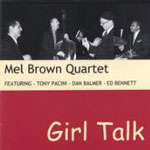 All About Jazz musician pages are maintained by musicians, publicists and trusted members like you. Interested? Tell us why you would like to improve the Don Sebesky musician page.